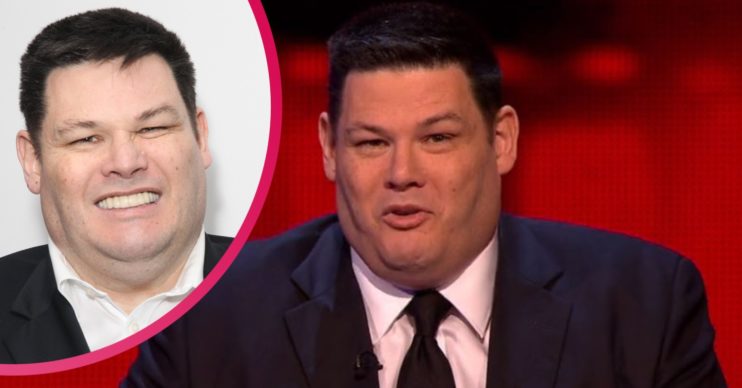 The Chase star's got a new 'do

Quizzer and star of The Chase Mark Labbett has stunned his followers on social media by showing off his new hair after getting a fresh cut.

The 54 year old, best known as The Beast on the popular ITV quiz show, took to Twitter this week to share a snap of his new ‘do.

He posted a selfie that showed him grinning for the camera at home and captioned it, “My new go faster haircut” alongside a smiley

What did Mark’s followers think?

His followers loved it, with some remarking that it was somewhat “rebellious” and others telling Mark he was looking “handsome”.

A third observed: “The sensible hairstyle of a patriotic Brit, if ever I’ve saw one. Although the slight angle on that spiked fringe portrays a subtly rebellious side… #CheekyBeast.”

The sensible hairstyle of a patriotic Brit, if ever I’ve saw one.

Seen the look somewhere else

“Do you and Anne go to the same place?” asked one follower, alongside a crying-laughing emoji.

Read more: Mark Labbett claims to know people who cheated on Who Wants to Be a Millionaire?

“Thought you were Anne when I first looked,” joked another.

Do you an Anne go to the same place 😂

Thought you were Anne when I first lòoked

Mark is one of five quizzers on The Chase, the ITV game show hosted by presenter Bradley Walsh.

He’s known as one of the toughest of the line-up and isn’t afraid to speak his mind on the show.

Last month, he had to slam a contestant after she made an ‘insulting’ comment about his fellow chaser, Jenny Ryan.

During a repeat episode aired on June 10, a charity worker from Leeds named Lucy was the first of her team to step up.

Bradley asked her who she wanted to play against, and she told him Jenny, saying: “I think her knowledge isn’t quite as good. I reckon I could have a good chance of winning.”

Don’t mess with The Beast

When Mark came into the studio, he fumed: “Do you want to know how good The Vixen is? She’s way better than you! And I’m going to whup you for that comment!”

He followed through on his promise, knocking Lucy from the running.

More recently, Mark hit out on social media after ITV aired a repeat episode of The Chase that he thought was particularly “cruel” to show again on TV.

Read more: The Chase’s Mark Labbett reveals he would do I’m A Celebrity

In the episode, aired last week (July 1), just one contestant got through to the final chase. Unfortunately, they managed to set up a measly score of three for chaser Mark to beat.

Watching the episode from home, he wrote on Twitter: “This is cruel to repeat this episode of The Chase #poorwoman #thechase.”

What do you think of Mark’s new do? Leave us a comment on our Facebook page @EntertainmentDailyFix and let us know what you think.