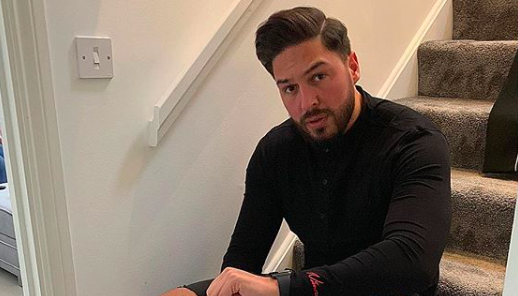 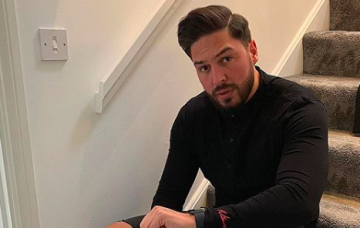 The former TOWIE star was livid...

Former TOWIE star Mario Falcone has lashed out in anger after being accused of being “all over” Love Island’s Kendall Rae Knight at the recent NTA Awards.

The reality TV personality called out reports that he had “cuddled up” to Kendall and left the event with her “just weeks after the birth of his baby son”.

The story, printed in The Mirror, claimed that Mario was seen “leaving the afterparty together walking arm-in-arm and giggling”.

The report continued: “They were looking very cosy all night and they were really flirty at the afterparty.

“She was all over him when they left together. They left the party together arm-in-arm looking super cosy. He was clearly a charmer as she was laughing all night.”

Not so, claims Mario, who has blasted the writer as having “no morals”.

Here we have an example of a journalist with no morals… a man helped a woman to her car as her feet hurt… you can’t even be a gentleman anymore. Shame really.. i love my family dearly. What scumbags you are https://t.co/jz3QgCkgCN

Alongside the newspaper’s report, Mario tweeted: “Here we have an example of a journalist with no morals… A man helped a woman to her car as her feet hurt… You can’t even be a gentleman anymore. Shame really… I love my family dearly. What scumbags you are.”

Mario is engaged to Becky Miesner, and the pair welcomed their first child together – baby son Parker – in November.

In fact, before heading to the National Television Awards on Tuesday (22 January), Mario shared a cute photo with his son in the back of a car, joking: “That awkward moment you have to tell your son he can’t come to the NTAs with you.”

After defending his honour against the claims of foul play with Kendall – who has most recently been linked to fellow Love Island star Eyal Booker – some of Mario’s 831,000 Twitter followers showed their support.

One wrote: “Everyone knows how much you love your family.”

Would you like to see Mario Falcone back in TOWIE? Leave us a comment on our Facebook page @EntertainmentDailyFix and let us know what you think!