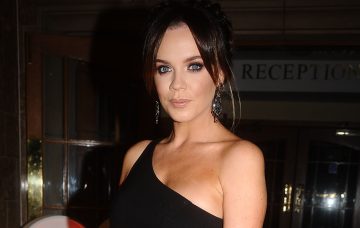 Reality star has called for online abuse to end

Former TOWIE star Maria Fowler has called for fans to stop trolling rival, Love Island’s Kady McDermott, admitting that she has been guilty of online abuse in the past.

Kady has been subjected to online attacks over the past two days, after Maria claimed she had called her two-year-daughter Evie “vile”.

After Maria blasted Kady for insulting her daughter, she was called a hypocrite, as a fan reminded her that she has a history of attacking children as well.

“@kadymcdermottx you might be getting a lot of stick but here’s a throwback to a time when Maria insulted my child when she should have insulted the grown up!!” a social media user shared in a now deleted tweet.

And now Maria has begged her fans to leave the 23-year-old alone, claiming that all online attacks need to stop.

The reality star posted a lengthy series of videos to Instagram Stories, talking about her history of being the victim of trolling, and admitted that she did hit out in response – opening up about insulting someone else’s child.

“Basically any kind of online abuse is unacceptable,” she said. “I’ve been guilty of it myself, and I’ve spoken about it before.

She went on to say that looking back at her behaviour made her cringe, but also claimed that online abuse had impacted her mental health to the extent that she attempted suicide.

“And back then, anyone that used to follow me, I would blast people and just be like, ‘you’re ugly yourself, you fat yourself, or whatever’.”

She claimed that since leaving the show and growing up a bit, she had come to realise that her responses were hurtful.

“Back then, when someone banters me – now I don’t, I don’t do at all, because I’ve grown up, like I’ve got my own family, like I don’t court the limelight.

“And he was going like, you’re fat, you’re this and that, and I actually replied and went your kid’s ginger, hashtag devo, which isn’t good at all.”

Maria claimed that she’s been privately messaging the mother of the child she insulted about the tweet, saying that talking openly about the incident has been helpful.

She reiterated the need for online trolling to stop, claiming that it’s easy for things to snowball and spread.

What’s your experience of online trolling? Leave us a comment on our Facebook page @EntertainmentDailyFix and let us know what you think of this story.