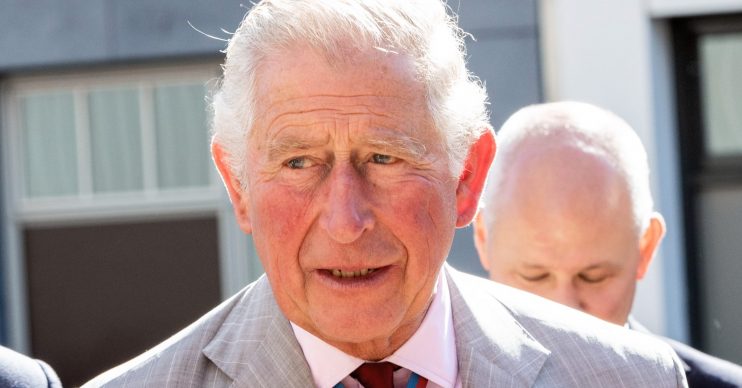 Due in court next month

A man was reportedly arrested and found to be carrying crossbow outside Prince Charles‘ London pad.

The individual, who is believed to have mental health issues, was stopped by police and discovered to have a crossbow, 14 bolts and a blade, The Sun reported.

According to the publication, the man was walking in The Mall area of the capital near St James’ Palace – the London home of the Prince of Wales – on July 20 when he was searched by cops.

A subsequent search of his car revealed a stash of weapons and latex gloves.

Andrew Marshall, 44, from Nottingham was charged with two counts of weapon possession in a public place but is yet to enter a plea.

According to The Sun, he was bailed on Thursday (February 20 2020) by Westminster Magistrates on the condition that he remains in hospital.

He will appear at Southwark Crown Court next month (March 19 2020).

St. James’s Palace served as a residence for Kings and Queens of England for more than 300 years, up until the reign of Queen Victoria.

Today, it is home to Prince Charles and several other royals and their household offices.

According to the Royal Family’s website, it functions as a busy working palace and hosts as many as 100 receptions a year for charities associated with family members.

A description on the website reads: “The State Apartments are sometimes used for entertaining during in-coming State Visits, as well as for other ceremonial and formal occasions.

“The offices of Royal Collection Trust, the Marshal of the Diplomatic Corps, the Central Chancery of the Orders of Knighthood, the Chapel Royal, the Gentlemen at Arms, the Yeomen of the Guard and the Queen’s Watermen are all located at St. James’s Palace.

“St. James’s Palace retains an important ceremonial function. The Accession Council meets in St. James’s Palace following the death of a monarch and, later, the accession of a new Sovereign is proclaimed by Garter King of Arms from the Proclamation Gallery overlooking Friary Court. Family occassions have also been held at St James’s Palace over the years, most recently the christening of Prince George in 2013.”

The property is also home to the official London residences of the Queen’s daughter Anne, Princess Royal, and cousin Princess Alexandra.