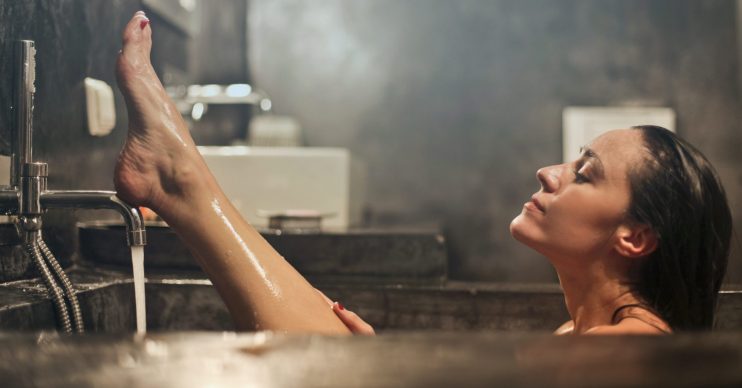 Picture the scene. You’ve come home from a long, hard day at work, strip off and head into the bathroom to run yourself a long, hot, luxurious bath.

Except the murky, lukewarm water is already there waiting for you – and your other half has already used it.

What would you do – use the same water as your partner, or run a fresh bath for yourself?

Users of Netmums are divided. While some say it’s economical, others are repulsed at the idea of getting into somebody else’s dirty bath water.

The man posted: “Is it normal to share the bath water with your other half? By this I mean wife has a bath, she gets out then I get in her water and have a bath – not have a bath together, to clarify.”

Read more: Pet owners will spend more on their dog than their partner this Valentine’s Day

He added: “My wife thinks it’s normal but I don’t. I only shower as I don’t like baths so may be why. I don’t even swim in swimming pools or go in hot tubs.”

“Sharing bath water is a no-no for me,” said one user.

“Absolutely not a chance,” said another. “Sitting in someone else’s manky water. Hell no.”

“Unless hot water is massively scarce, then I’d say it’s not the norm!” said a third.

“Nope,” another user commented. “There’s no way I’d share bath water. It would be full of dead skin cells and bacteria.”

However, some people took quite the opposite view and questioned the couple’s more intimate moments.

Read more: Loyal dog stays by its dying owner’s side after he was hit by a falling tree on dog walk

The woman said: “Our water is heated by electricity and takes a lot of time and money to heat up again to run a fresh bath. If I thought he was that icky that I didn’t want to bath with him then I certainly wouldn’t want to be having sex with him!”

What a strange question, you share everything else don’t you, or do you slaver yourself in antibacterial spray before you have sex?

Another added: “What a strange question, you share everything else don’t you, or do you slaver yourself in antibacterial spray before you have sex?”

They continued: “I used to bathe after my boyfriend as he liked the water really hot and afterwards I would rinse myself off under the shower – no problem.”

One woman even revealed that she spends time “skimming off all the hairs” before she gets into her husband’s bath water.

“Me and hubby do this all the time. Sometimes I get a bit fed up with skimming off all the hairs and sock fluff before I get in, but it saves a few quid every week,” she said.

The woman added: “People need to stop being so uptight about this sort of stuff.”

One thing the group did seem to agree on was that it was okay to jump in the bath after your kids.

“Children don’t sweat like adults do,” one user said.

Head to our Facebook page @EntertainmentDailyFix to join the debate.