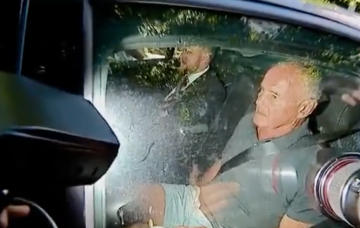 Man charged with murdering wife 36 years after she vanished

A man has appeared in court charged with murdering his wife who vanished 36 years ago.

Lynette Dawson’s disappearance in 1982 has been the subject of a popular crime podcast that has highlighted the case across the world.

Her husband, Chris Dawson, 70, was arrested by police in Australia on Wednesday.

He was extradited from Queensland and appeared in Sydney’s Central Local Court via a video link earlier today.

Former high school teacher Dawson, who was denied bail, has previously denied killing mother-of-two Lynette and insisted she left the family to join a religious group.

The decades-old mystery has been featured extensively in a podcast called The Teacher’s Pet.

No trace of Lynette, who was 33 when she vanished from her home in Sydney, has ever been found.

Police reopened their investigation into the disappearance three years ago.

Two inquests have been held and concluded that Lynette was killed by a “known person”.

Read more: GMB guest says he still loves the wife who tried to murder him

One of the hearings, in 2003, found that Chris Dawson had sex with teenage students while married to Lynette.

Reports in the Australian media said some of the evidence leading to the arrest came from the testimony of his ex-lover who moved into the family home, aged 16, just days after Dawson’s wife went missing.

They later married and had a child but have since separated.

The Teacher’s Pet podcast is produced by The Australian newspaper and has already had more than 27 million listeners since launching in May.

Will you be giving the podcast a listen? Leave us a comment on our Facebook page @EntertainmentDailyFix and let us know what you think!