Only on this show!

We all know Jeremy Kyle’s guests are a bizarre bunch of specimen, but these are definitely up there.

David, who is married to his cousin – yes, COUSIN – has denied hitting on his wife’s daughter.

David’s wife (and cousin) Denise was criticised for being a horrible mum after she admitted to beating her daughter, Gemma, with a riding crop. 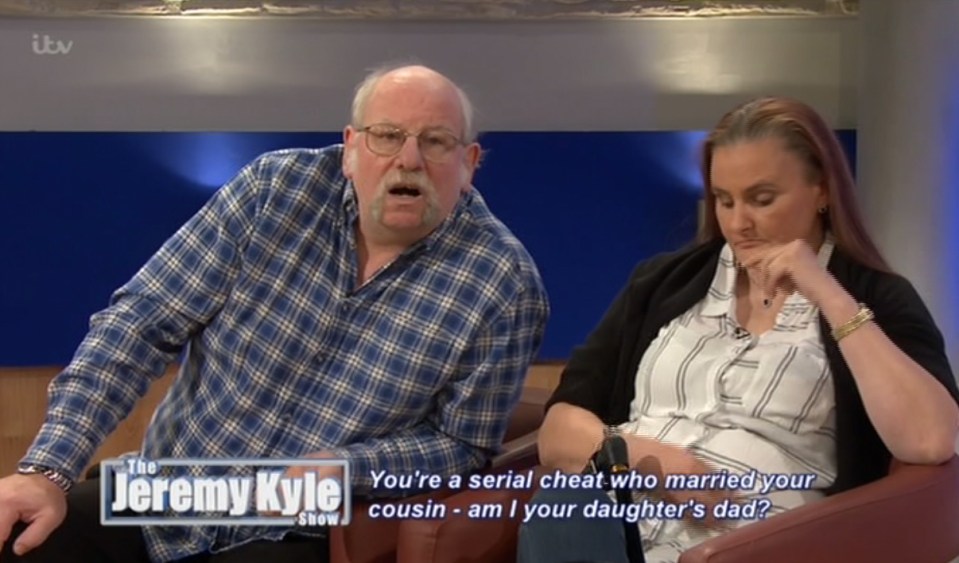 Gemma labelled her a “prostitute” and claimed she took drugs instead of feeding her children, who were taken into care.

Denise’s ex Nigel, also appeared on the show, to slam his ex-wife.

He said: “She used to bring blokes back and she’d go upstairs.”

Nigel, who was married to Denise for six years, said he got hit in the head with a steel wok when he forgot to buy a lottery ticket. 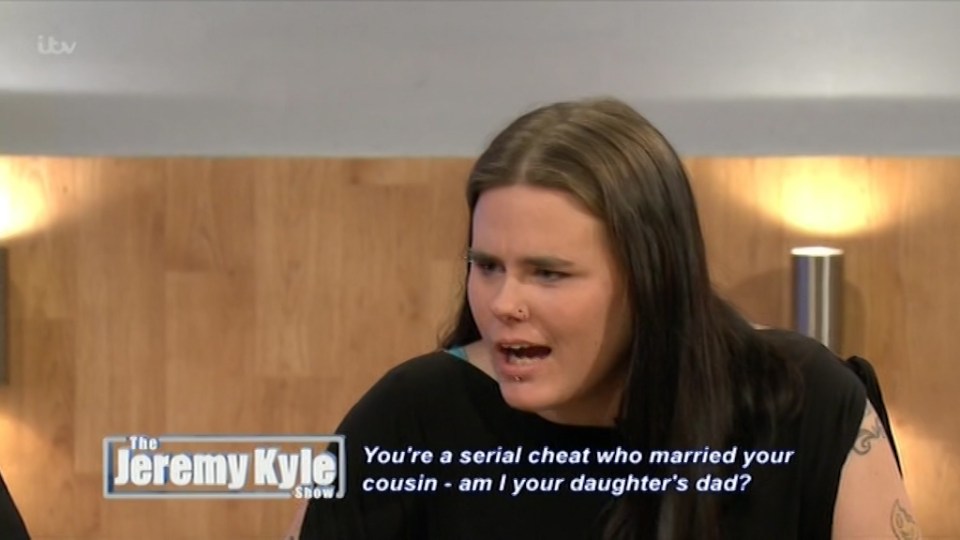 He deserves a medal for coping with Denise that long, as she slept with 100 men while they were together.

Denise did admit that she “worked in a gentleman’s club” but wasn’t a prositute – OK love, you’re clearly in denial.

Things got even grimmer when Denise’s latest husband – COUSIN David – entered the room.

He fired insults at Gemma, calling her a “lying tart.” 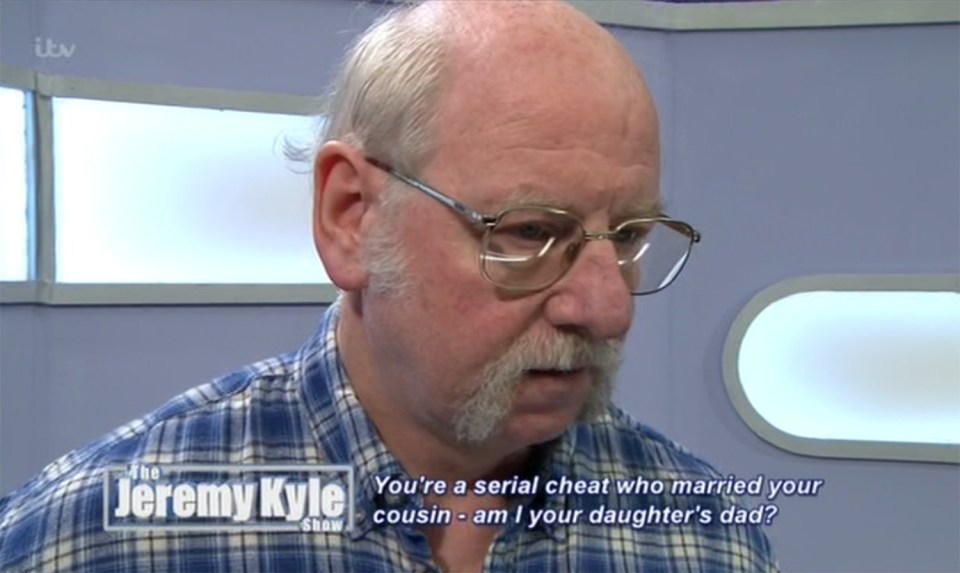 She added that he also tried it on with her!

She said he came into her bedroom, saying: “What would you do if an older person made a pass at you?”

Her boyfriend Jamie then ran onto the stage, calling David “disgusting.”

“You can hear the noises. It’s disgusting.” 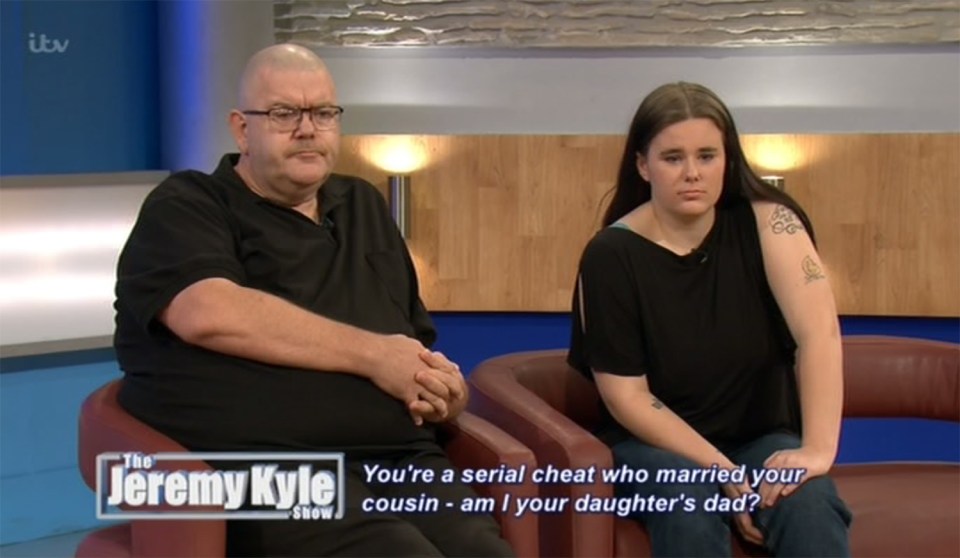 Read more: The REAL reason Cheryl is staying Mum about being pregnant?

David, clearly lost for a comeback, fired back: “You don’t know how to peel a potato.”

The audience got all sympathetic for Nigel – Denise’s ex – because he’d never had oral sex. 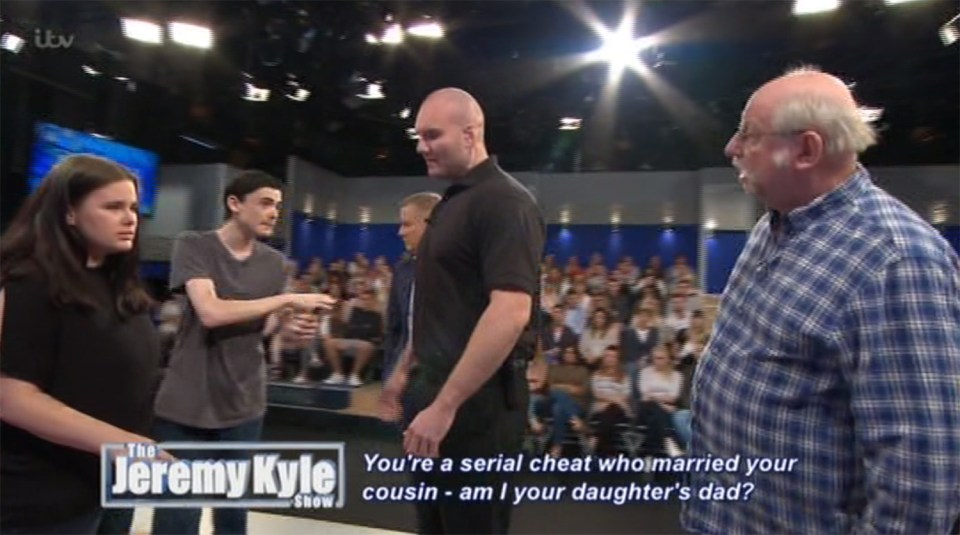 At this point, the audience comically all said “awwww”.

Jezza put his two-pence in and said: “People are having their breakfast, Phillip Schofield’s getting his make-up done and people here are going ‘awww’ because he’s never had oral sex!”