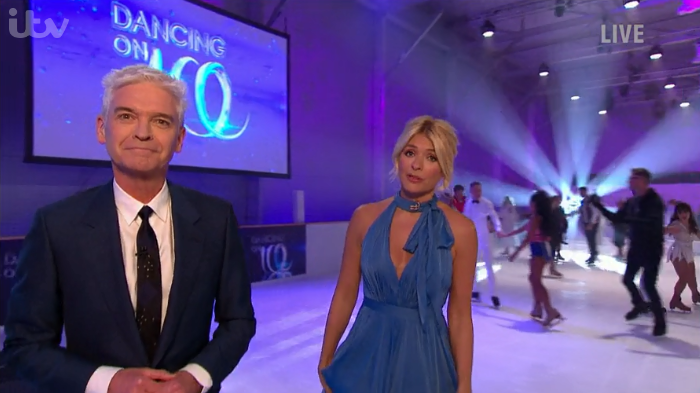 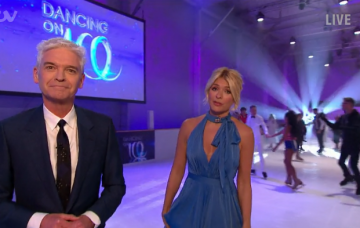 He probably won't be going pro any time soon...

Make a note of the date and time, for we’ve finally discovered something Phillip Schofield ISN’T good at!

The master of light entertainment appears able to turn his hand to most things with aplomb.

But during a chat with the Loose Women panel, he spoke of a time when his skills deserted him.

Phil and Holly had shown up as guests on Loose Women to talk about the new series of Dancing on Ice.

And during a chat about which reality shows they’d most like to try their hand at, Phil explained why DOI would not be on the list!

Discussing an event that happened when the last series of Dancing on Ice finished in 2014, Phil explained he had actually tried a bit of ice skating himself.

He said: “The thing was, four years ago, they gave us [ice skating] training, and I thought to myself: ‘I actually look really good here’. I’m covering a bit of ice, it’s ok.

“I watched it back – and oh my God, I was going so slowly! So to be really good, you’ve got to put months in.”

The panel dissolved into laughter as Phil recalled the embarrassing incident.

Phil then revealed that the reality show he’d be most likely to participate in would be I’m A Celebrity… Get Me Out of Here!

He said it’s the only one he’d do, and that creepy crawlies don’t bother him in the least.

Holly got our hopes by by saying she’d love to do Strictly, and would really like to learn to dance – just not in front of millions of viewers!

She then mentioned she’d ‘tried it’ recently – so perhaps she sees ballroom dancing in her future!

We bet if Phil did end up in the jungle, his ITV bosses would make him do all sorts of ghastly challenges that would make a bit of slow ice skating seem like a dream in comparison!

So you know what to do, ITV – make it happen!