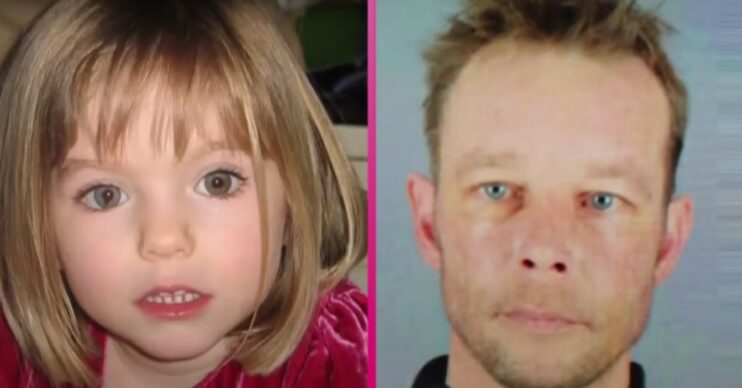 Nearly 15 years since three-year-old vanished in the Algarve

Madeleine, then three, went missing from the Portuguese holiday apartment her family was staying in in May 2007.

And, according to a new documentary, Brueckner simultaneously had work links to the Algarve resort of Praia da Luz.

It claims he was a maintenance man at a club, with evidence showing he was ‘very familiar’ with the area.

Brueckner was living in a ‘hippy van’ at the time – and has apparently informed reporters he was a drug dealer.

Furthermore, mobile phone analysis apparently indicates his handset was “no more than five minutes away” from where he worked when Madeleine disappeared.

Brueckner on why he avoided police attention in Portugal

Brueckner, named as a suspect in 2020, claims the accusation he kidnapped Madeleine is “absurd”.

These include keeping a low profile – and so he suggests abduction would be as inadvisable in that respect “as starting a nuclear war”.

He reportedly explained in letters with an investigative reporter: “[I would] where possible, only drive during the day so that my battered hippy bus didn’t attract attention.

That means not committing any crimes, certainly not abducting anyone.

“Only driving on the roads I needed to and, most importantly never provoking the police.

“So that means not committing any crimes, certainly not abducting anyone.”

What do German prosecutors say?

Prosecutors in Germany are convinced Brueckner is responsible for Madeleine disappearing. But Brueckner has not faced charges.

Public prosecutor Christian Wolters admitted: “It is circumstantial evidence – we have no scientific evidence.

“If we had a video of the act or a picture of Madeleine dead with Brueckner on camera, we wouldn’t have had to make a public appeal. But we only have circumstantial evidence.”

However, he also thanked SAT.1 documentary makers for sharing their findings with police.

Mr Wolters said: “There are witnesses who might prefer to speak to the media than to us or the police.

“If this produces any ideas, we will of course follow these up.”