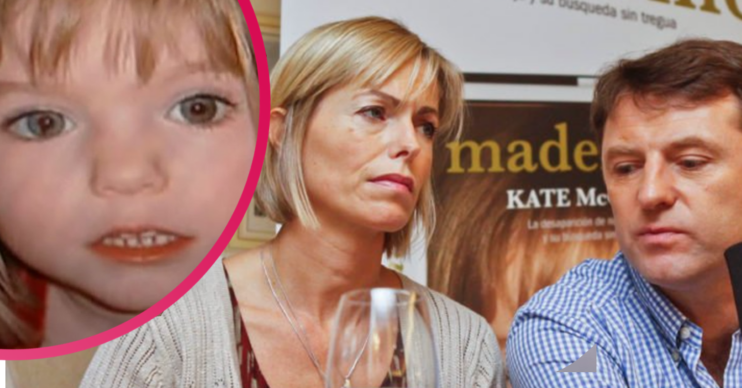 News reports suggest police were left stunned after making a shock discovery in a case that appeared to relate to Madeleine McCann.

Three-year-old Madeleine went missing in the resort of Praia da Luz in Portugal on May 3, 2003.

Maddie’s disappearance sparked one of the biggest missing persons cases ever and she was searched for around the world.

However, sadly no trace of the girl has ever been found.

Police have reportedly discovered a large missing poster of Maddie at the home of a suspected paedophile.

Authorities raided the home in Donegal, where they made the shocking discovery.

As a result, police made checks to determine if there was a relation to the Maddie case.

Checks were made in a bid to determine where the suspect in the Donegal case was when Maddie went missing.

A source close to the investigation told The Sun: “It was a full-scale operation as we were fearful that the suspect would destroy any potential evidence we were trying to gather before we arrested him.

“Nobody was prepared for the picture of Maddie McCann on the wall in the house. It was very unusual, to say the least considering the circumstances.”

However, despite the find, officers have since reportedly concluded there’s no chance the suspect was near Maddie at the time of her disappearance.

“We made the relevant checks and are ­satisfied that this suspect had nothing to do with the case,” the source said.

It comes after Maddie’s parents reportedly believe their daughter could still be alive.

Tough feelings came bubbling to the surface for the family following a recent missing person’s case.

The tot, dubbed “Australia’s Maddie”, vanished from a campsite earlier this year but was found unharmed 18 days later.

“Kidnapped children can be found, this case is proof and gives Kate and Gerry and all those other families of missing people hope,” a source told The Sun.

Kate and Gerry marked what would have been Maddie’s 18th birthday in May this year.

At the time, the parents vowed to “never give up” looking for her.

Psychic claims to know where Maddie is buried

Meanwhile, a German psychic has claimed to know where Maddie’s body is buried.

Mr Schneider told the Mirror: “I do not give out such information lightly and without constantly questioning myself because I am very well aware of the responsibility of what I do.

“I’m happy that the BKA seem to be taking me seriously. Often you have a reputation as a freak, or someone just trying to squeeze money out of someone and this is hurtful.

“I never take money,” he added.