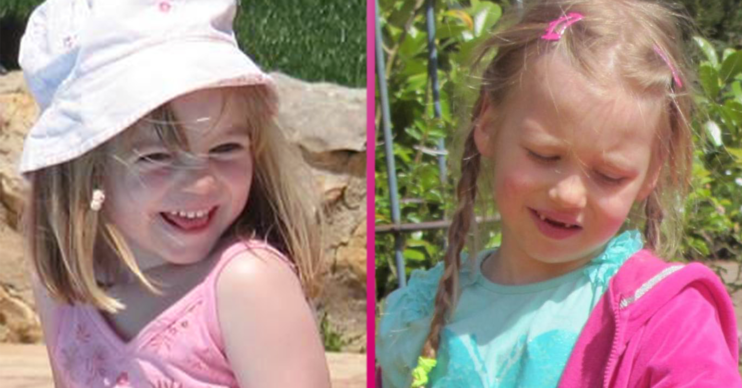 The suspect accused of murdering Madeleine McCann could be involved in the the 2015 disappearance of a five-year-old girl dubbed ‘Germany’s Maddie’.

The family of little Inga Gehricke believe that Christian B – the prime suspect in Maddie’s disappearance – could have snatched their girl too.

Prosecutors in Germany are investigating Christian B on suspicion of murder, believing Madeleine to be dead despite no body being found.

Inga vanished in woods during a family barbecue in the state of Saxony-Anhalt, 50 miles from Berlin, in May 2015.

It’s claimed Christian B booked a parking space less than 60 miles from the spot where Inga disappeared, near Schönebeck, at the same time.

His rundown farmhouse in Neuwegersleben was raided nine months later in February 2016 in connection with the little girl’s disappearance.

According German newspaper Bild, Christian B had no alibi and police found indecent images but the line of inquiry wasn’t pursued.

“Just a day before Inga disappeared… Christian B had a documented parking lot number on the A 2 near Helmstedt,” Petra Küllmei, a lawyer for Inga’s family said.

“The file was closed again only four weeks after starting work. I think that’s not very ambitious.”

It’s believed Christian B, a convicted paedophile serving time in prison for another offence, may have been watching the McCanns’ apartment in Praia da Luz, Portugal, for four days before Maddie went missing.

New photos and details about Christian B match the description of a man spotted in the resort at least four times.

It’s thought Christian B also carried out burglaries in the area and was living at a run-down shack nearby.

A source told The Sun: “These sightings have been a mystery for years and have been the subject of numerous police appeals.

“With a suspect now in custody it seems like they may have finally been solved.”

What did the McCanns say?

Speaking on This Morning yesterday (June 4) the McCanns’ spokesperson Clarence Mitchell said: “The McCanns welcome the development and the ongoing work of the police in the UK, Germany and Portugal.

“They want the focus to remain on the police appeal, not themselves. They’ve never given up hope that she’s alive, but they want to find peace.”