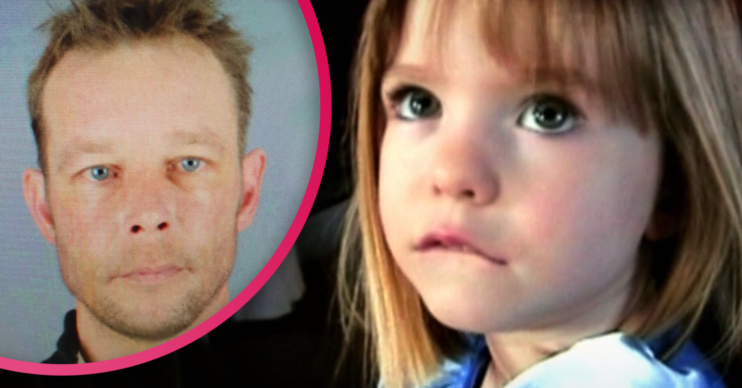 Prosecutors recently said the case could be 'solved in months'

Christian Brueckner was last year named as the prime suspect in Madeleine‘s disappearance.

This came after phone records placed him in the resort of Praia de Luz on the night she went missing.

He is in jail after being convicted of a number of other offences, including rape.

Madeleine McCann latest: What is the new lead?

The father of Brueckner’s girlfriend of the time Nicole Fehlinger has come forward with new information.

There is no suggestion that Fehlinger is involved with Madeleine’s disappearance.

Her father Dieter recently spoke to the German equivalent of the FBI for a second time, revealing the new lead.

He said that Nicole had a “private residence” in Portugal that “no one” knew about.

He added that no one has searched the property in connection with Maddie’s disappearance.

And also stated that the residence has a separate “private compound”.

The home is less than 40 miles from where Maddie went missing.

What do we know about the ‘secret compound’?

According to the Mirror, Mr Fehlinger said: “No one knows that my daughter not only had the private residence in Portugal at her disposal, but also a separate compound.

“No one has ever searched there or the property has never turned up in connection with Maddie, Brueckner or Nicole.”

Read more: Madeleine McCann case ‘could be solved in months’

He added the it’s an “overgrown property of over 5,000 square metres”.

No one knows that my daughter not only had the private residence in Portugal at her disposal, but also a separate compound.

Mr Fehlinger continued: “It was a secure area, enclosed with fencing and four aggressive Kangal dogs were there day and night. The area is completely overgrown, not visible. No one could get in or out, only my daughter and perhaps Brueckner with her.”

What have the police said about the latest news?

The police are said to be “seriously considering” the new lead – so could a search be imminent?

The claims certainly have some weight.

Court documents in Portugal previously revealed that the ex-couple had regular phone conversations and enjoyed a weekend break in Lisbon together just months after Madeleine disappeared.

There is no suggestion Nicole is involved in the disappearance of Madeleine McCann.

Brueckner is the only suspect currently being investigated.