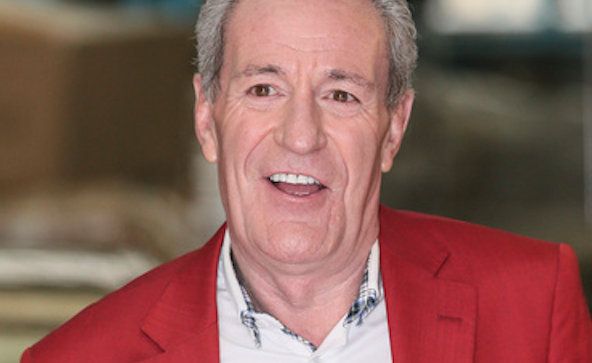 He believes actress is looking down on him and new partner

Widower Michael Pattemore has revealed he is set to re-marry – with the blessing of his late wife Lynda Bellingham.

Michael is preparing to tie the knot with Pam Shotton – who also lost her partner to cancer – and the ceremony will take place in the same church where Lynda’s funeral was held in 2014.

Speaking to the Sunday Mirror, Michael explained: “I had a blissfully happy marriage to Lynda and now I’ve found the woman with whom I want to spend the rest of my life.

“Lynda told me when she was sick in hospital, ‘I want to think you’ll find another love one day.’

“I know she is looking down on us both and wishing us well. I feel her presence all the time. Not many people get a second chance like this.”

Lynda – perhaps best known for her role in the long-running Oxo family TV adverts in the 1980s and 1990s – was just 66 when she succumbed to bowel cancer.

He also said they did not make love again following the actress’ diagnosis two years earlier.

Read more: Ingenious ‘half’ Christmas trees can withstand maulings from the most mischievous of pets

The 64-year-old noted it was a “long time” before he and office manager Pam began an intimate physical relationship – but the wait made it “more special” because they were ready to make a commitment.

And when it became time for him to propose, Michael went down on one knee during a church service.

They first met at a Christmas party in 2016.

Pam, from Staffordshire, also revealed she visits Lynda’s grave with Michael – and has even gone by herself to let the late star know he’s being ‘looked after’.