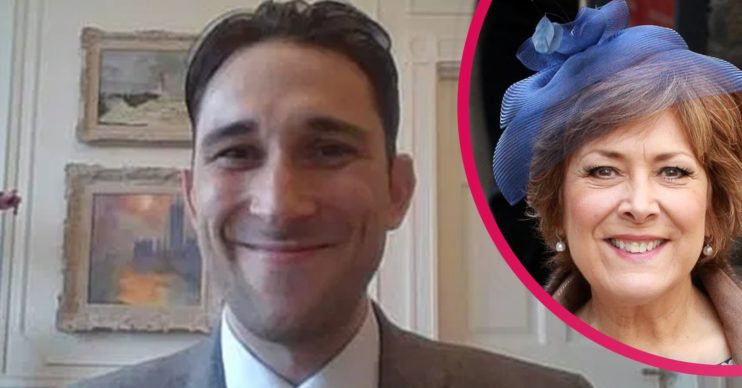 Lynda Bellingham: Son Michael says mum would be proud he works as a butler at The Savoy

Lynda Bellingham was paid tribute to on Tuesday’s episode of Loose Women.

The former ITV panelist and actress was celebrated on today’s episode, as the sixth anniversary of her death approaches.

Lynda passed away from colorectal cancer in 2014 at the age of 66.

She had served as a panelist on Loose Women for six years – and up to the year of her death.

To celebrate her memory, her son Michael, 37, was interviewed.

What did Michael say about his mum Lynda?

Along with his brother Robbie, 32, he is a star on the documentary series The Savoy.

After failing to make it big as an actor, Michael took a job as a butler at the prestigious London hotel.

Speaking from the glam hotel, he said that his late actress mother would be very proud of him and his brother.

And that she would be ‘glad’ that they work together. Robbie, works at the hotel’s reception desk.

Michael told the panel: “I think she’d be glad we’re together.

When did Michael start working at The Savoy?

“She did a show at the Savoy theatre a way back. After the show she would go to the American bar and have a drink or two, and so there’s that connection as well.

“The first day I started, Tony the doorman shook my hand and mentioned Mum and said how they’d make sure she got home every evening in a taxi, and so I thanked him for that.”

What’s more, he even says his lookalike brother recommended that he go for the job.

He explained: “It was a decision I made after many years of trying.

“I have no regrets. I was made redundant and it was, “Do I continue chasing this dream of being in movies?

What did Ruth Langsford say about Lynda?

“I spoke to my brother and he said they are looking for a new butler and I’d never thought about it, but when an opportunity comes up at The Savoy, I went through the number of interview processes and I’m very happy here.”

Meanwhile, guest panelist Ruth Langsford was near tearful when tributes were made to Lynda.

The pair were great friends, and Ruth said to Michael :”It’s quite hard watching that because we were all friends with your mum.”

One user gushed: “Ahh, I still miss Bellers. Lynda Bellingham was an amazing lady, she was honest, funny and outrageous but always warm and kind. Still sadly missed.”

While another user praised: “Ahh miss Lynda! Bet she was an absolute hoot on a night out!”

Whereas other users agreed that she would be a very proud mum indeed.

One user posted: “Lynda would have been so very proud of Michael. Red heart A truly lovely Gentleman.”

And another agree with: “Michael is her double. Loved Lynda she would be so proud of him.”