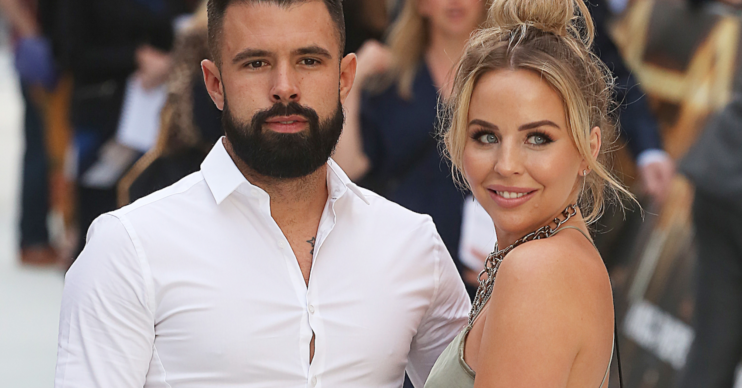 Former reality TV star Lydia Bright has got back together with her ex Lee Cronin.

It is believed to be the third time the new parents they have rekindled their relationship.

Lydia, 30, told The Sun’s Fabulous magazine, she and Lee have decided to give it another shot – this time, as a family.

The star gave birth to daughter Lorretta at the end of February.

According to reports at the time, she split from Lee when she was 11 weeks pregnant.

By the time of the birth, we’d got to a really good stage.

“I waited quite a long time to try for a baby, waited until I thought it was perfect.

“I’ve always wanted the fairy tale. And it’s obviously not worked out exactly how I wanted.”

Read more: Stacey Solomon says she’s ‘on the brink of tears all the time’

However, Lydia was also reported to have said she was not ‘closing the door completely’ on her relationship with Lee.

And now it seems the door have been fully opened again.

She has told The Sun they were back on good terms by the time Lorretta came into the world.

Lydia is quoted as saying: “By the time of the birth, we’d got to a really good stage and we had the discussion that we were going to try to make a go of things as a family again.”

She is also confident she will be able to manage if history repeats itself with their relationship.

Lydia added: “I’ve got all my family around me, and Lee will still be involved. Sometimes it works and sometimes it doesn’t – that’s life. I’m not a failure.

“Of course, I would really like it to work out for the sake of Loretta. I want her to have a family. I am going to really try, and I would like to think that Lee’s going to try, too.”

The pair first met in Ibiza in June 2017. It is believed they first split in January 2019.

ED! has approached a rep for Lydia for comment.

Before Lorretta’s arrival, Lydia admitted she’d love to have a daughter.

She said: “Oh my gosh it’s so exciting, I’ve just found out I’m having a little girl! I wasn’t bothered either way, girl or boy, but I do think that now I know it’s a girl it’s that little bit more special.

“She’ll be my best friend. Me and Mum are really close and I love our relationship – I’m hoping that me and my daughter have something just as special, just as strong.”