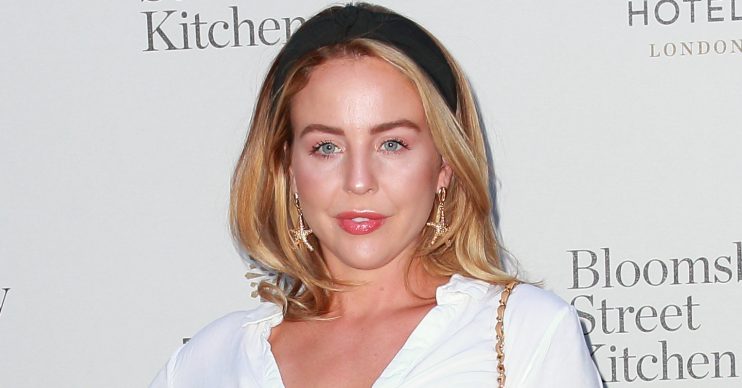 November has only just started but Lydia Bright is getting into the Christmas spirit already.

The pregnant TOWIE star has updated her Instagram Stories with an image of herself posing by a decorated tree in festive pyjamas.

She also shared a clip showing a bauble being hung on the branches while playing the tune “It’s beginning to look a lot like Christmas”.

It’s beginning to look a lot like Xmas 🎄 ❄️ I know it’s early, but I’m so in the festive spirit after spending the week filming Xmas TV ads. Is it too early to put my tree up at home? Glam @lyndseyharr1son using @hairrehablondon pony

Back in mid October, Lydia, 29, asked her followers if they thought it was “too early” to be decking the halls.

She recently put the matter to a poll, and her fans were truly divided. Just over half (55 percent) thought she was a bit premature, while the rest supported her yule-time enthusiasm.

Many advised her to get Halloween “out of the way first”.

And it seems she’s done just that, updating her Stories with a Christmas tree a couple of days after posting an image of her celebrating October 31 with her mum, Debbie.

Happy Halloween, taking our little pumpkins out to trick or treat 🎃🎃 Then tucking into my homemade pumpkin soup 🍜

Who can blame Lydia for feeling celebratory already, as this Christmas she’ll be a mum-to-be, with her first baby due in the New Year.

Announcing the news in HELLO magazine in August, she gushed: “I know that this baby will be the best thing that’s ever happened to me.”

However, she added that the circumstances aren’t ideal, as she recently split from the baby’s father, Lee Cronin.

“I waited quite a long time to try for a baby, waited until I thought it was perfect. I’ve always wanted the fairytale. And it’s obviously not worked out exactly how I wanted,” she says.

In September, Lydia revealed the gender of her baby.

She’s also shared her excitement at expecting at the same time as best pal Lucy Mecklenburgh.

The pair, who recently appeared on Celebrity Hunted, are thrilled to be on “one of the most exciting journeys of our lives together”.

Is November too early to put up Christmas decorations? Head to our Facebook page @EntertainmentDailyFix and let us know what you think.