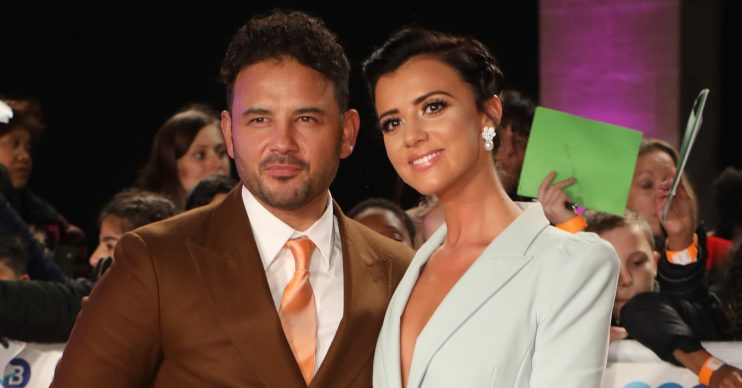 The the new mum announced the happy news in an Instagram post alongside a cute photo of the newborn. He has been called Roman Ravello Thomas.

Lucy had been increasingly impatient to say hello to her firstborn recently, but told followers last week she was just going to relax and let nature take its course.

Fed up.com!!!!! Word of advice for mumma’s to be DON’T expect you will be early even if everyone constantly says things to u like… • ‘You have dropped!! he won’t be much longer!’ • ‘You were 6 weeks premature so he will be early.’ • ‘Wow your bump is massive, he won’t go full term!’ • I found the 1st trimester very challenging due to sickness & fatigue, but I can honestly say 38-40weeks has been a lot tougher mentally & physically! It’s this weird limbo stage. • I’ve worked through the list of eating dates, pineapple, walking,sweeps, spicy food, raspberry leaf tea, clary sage oil baths, birthing ball And moreeee I won’t write as it would be a headline on the dailymail/The sun!!! But we know what I mean!!! I give up and I’m just going to relax and let nature take its course as it’s so disheartening when nothing happens!! #40weekspregnant

Last month, Lucy was told by doctors to go home and rest after she thought she was going to be induced as she visited hospital.

Lucy, 28, told fans she had an “awful cold” and doctors told her to go home and rest.

She wrote: “Not just yet baby boy. We thought I may be induced yesterday but luckily with further tests.

“Me and baby boy are going home to rest and get over this awful cold hopefully before labour.

“I’m on blood pressure tablets and need to up my iron intake.., Advice to stubborn mothers to be (like me!)… please rest as much as possible at the end.

“I have thought I’m invincible and want to do everything! Work, social engagements and nesting overload at home!

“I don’t really sit still. But listen to your body and rest as and when you can!”

We thought I may be induced yesterday but luckily with further tests.

Back in December, Lucy revealed she had gained two stone during her pregnancy and she was embracing it.

During a Q&A session on her Instagram Stories, one of Lucy’s followers – who is also pregnant – posed a probing question.

She said: “How have you found putting on extra weight during your pregnancy? I hate it.”

Roman is Ryan’s second child; he is also dad to 11-year-old daughter Scarlett, who he shares with ex, Corrie start Tina O’Brien.