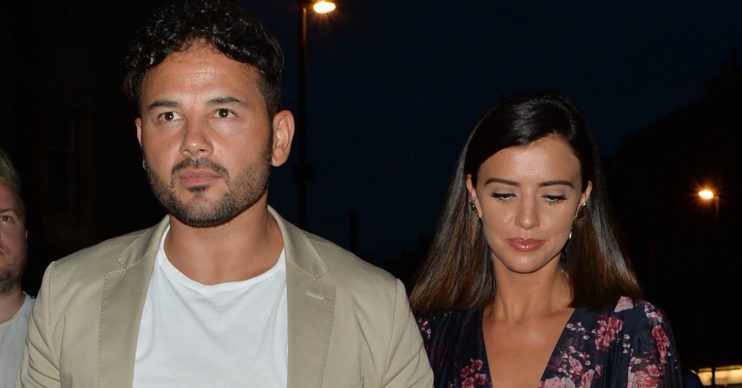 They welcomed a little boy this month

Lucy Mecklenburgh says leaving the hospital with her newborn baby was “one of the most surreal moments” of her life.

The 28-year-old TV star has posted a black-and-white photograph on her Instagram account of her leaving the hospital with her fiancé Ryan Thomas and their baby boy.

Lucy – who gave birth to her son Roman on March 7 – captioned the snap: “This was one of the most surreal moments of my life that I will cherish forever.

“When we left hospital to head home with our new baby.

“On our way home I’ve never seen Ryan drive so slowly & sensibly in my life [laughing emoji] I sat in the back watching my beautiful boy (sic).”

This was one of the most surreal moments of my life that I will cherish forever.

Lucy gave birth to her baby boy earlier this month after announcing she was pregnant in August last year.

Lucy, 28, treated herself to lunch at Côte Brasserie as little Roman was an “angel” and she shared her outing on her Instagram stories.

The reality star shared a photo of Roman in his pushchair alongside the caption: “Celebrating his 1st week birthday. He was an angel.”

Speaking to OK! magazine, he said: “For some reason we thought it would be a great idea to go to a nightclub. We got there and immediately regretted it so walked back out again and went to a beach bar. And then she threw up!”

Lucy added: “I don’t know if it was the excitement of the champagne but I threw up as soon as we got to the bar!

“Poor Ryan had to hold my hair back. I’d only had a couple of drinks so I think it was because I was feeling so overwhelmed!”