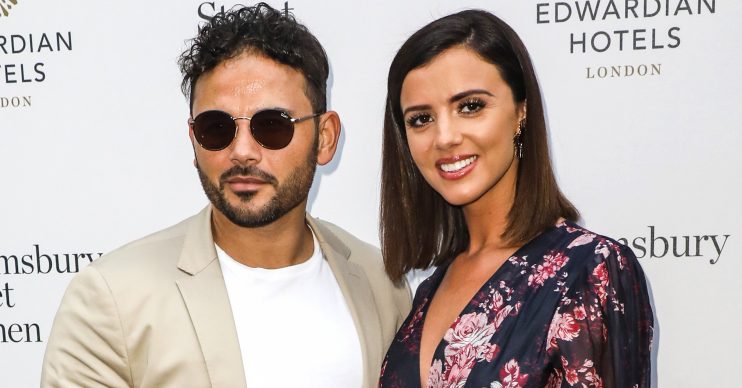 She recently welcomed a baby boy

She may have given birth just a week ago but Lucy Mecklenburgh is back to looking glam.

Despite sleepless nights and caring for a newborn, Lucy looked radiant in her first selfie since giving birth.

She wrote: “Got more than 1 hour sleep last night.”

Lucy, 28, treated herself to lunch at Côte Brasserie as little Roman was an “angel” and she shared her outing on her Instagram stories.

The reality star shared a photo of Roman in his pushchair alongside the caption: “Celebrating his 1st week birthday. He was an angel.”

Roman is Ryan’s second child; he is also dad to 11-year-old daughter Scarlett, who he shares with ex, Corrie star Tina O’Brien.

Lucy recently opened up about how “mentally and physically” tough her pregnancy had been and that she had tried every trick in the book to encourage her little one to make his appearance.

In an Instagram post Lucy wrote: “I found the 1st trimester very challenging due to sickness and fatigue but I can honestly say 38-40 weeks has been a lot tougher mentally and physically! It’s this weird limbo stage.