It's been a long couple of weeks...

Former TOWIE star Lucy Mecklenburgh has posted a sweet photo of her boyfriend Ryan Thomas ahead of the Celebrity Big Brother Finale.

Ex- Coronation Street star Ryan is one of the six finalists in the reality show, and Lucy shared a new post saying she’s desperate for the show to be over – and urging fans to vote for her boyfriend.

The photo shows the couple embracing each other on the top of a cliff overlooking the ocean.

The caption reads “Counting down the minutes until I get reunited with my 🌍❤️.”

She then gave her fans the numbers to vote for Ryan.

Another picture shared to Instagram Stories showed them on a recent holiday together. 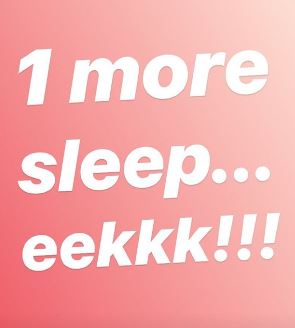 The caption read: “Bring on Monday.”

The post comes just a week after Lucy took to Instagram to talk about how difficult she found it watching Ryan on the show – particularly after Roxanne Pallett accused him of violence.

Roxanne later apologised to Ryan and admitted she’d got it wrong.

Lucy posted a shot of her and Ryan cosied up in bed with a bunch of snacks, accompanied by a long caption about the strain of CBB.

“It’s been the hardest couple of days. Watching the person u love go through hell. It’s been extremely upsetting and uncomfortable to watch.

“I still can’t imagine how painful this all must have been for him, I really can’t. I’m trying not to to be honest as every time I do I burst into tears and want to get into my car to drive to Elstree to get him out!! 😓💔

“But finally it’s over. Thank you for all the kind supportive messages u have sent me and ryans[sic] family ❤️ P.S Karma 😏”

Roxanne made allegations that Ryan had punched her during a play fight – but later admitted she had “got it wrong” and issued a public apology to him.

Speaking to Emma Willis after she left the house, Roxanne apologised for the incident.

“I can’t apologise enough for trying to label somebody something they’re clearly not,” she said. “All I can do is apologise.”

The CBB live finale is set to air Monday night on Channel 5.

Who do you think will win CBB?  Leave us a comment on our Facebook page @EntertainmentDailyFix and let us know what you think!