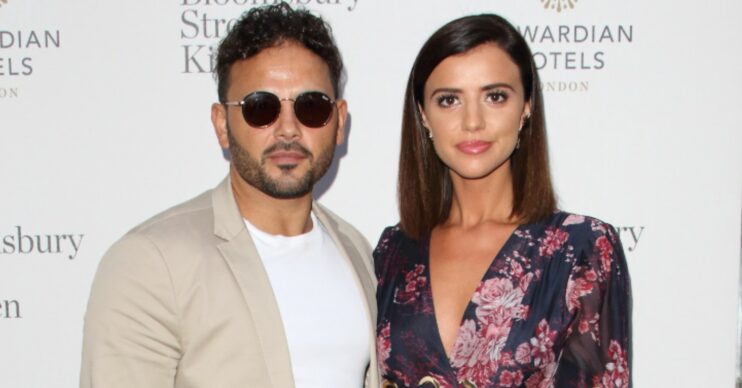 Lucy Mecklenburgh has taken to Instagram to update her followers about her son Roman’s health setback.

In September 2021, Lucy, 30, shared with her followers that she had found her son, who she shares with fiancé Ryan Thomas, “blue in his cot”.

Roman, now two years old, was rushed to the hospital and placed on a ventilator in intensive care for several days.

Mum-of-two Lucy stated that it was “every parent’s worst nightmare”.

Yesterday (July 24), Lucy shared a picture of medicine and an inhaler on her Instagram Stories.

She revealed: “After a really positive few months with Roman having a diagnosis and on thickened liquids.

“He has a little wheeze and cough so we are back here,” she said, adding a sad face emoji.

However, somewhat sadly, she also admitted: “It’s still a win if we don’t end up in A&E.”

What happened to Lucy’s son Roman?

Roman was also rushed to the hospital in November last year after catching an ear and urine infection.

At the time, Lucy expressed: “Back to the doctors. He’s been super sleepy the last three days, so I wanted to get him checked over to make sure it’s nothing serious.”

Doctors discovered via a videofluoroscopy that fluid enters his lungs when he orally consumes liquids.

Since the diagnosis, Roman has needed daily medication and an inhaler to help him breathe. The medication thickens any liquids he consumes to avoid them entering his lungs.

Lucy disclosed that Roman “can’t have any thin fluids for quite a long time – potentially years.

“So no lollies and ice creams, no normal water or juice. Everything has to be a really thick consistency to stop it from entering his lungs

“But we have an answer. Maybe it’s not the full picture”

The former TOWIE star and ex-Coronation Street actor welcomed their second child Lilah in May after announcing the pregnancy in November.

Both parents and little Roman are overjoyed with the new arrival, with Lucy often posting pictures of Roman cuddling his little sister.

Ryan also took to Instagram with a picture of his adorable family, saying: “Lucky is an understatement.”

So hat do you think of our story? Leave us a comment on our Facebook page @EntertainmentDailyFix and let us know.