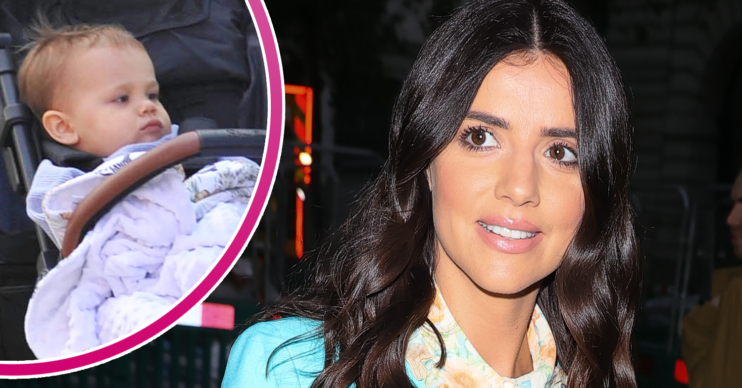 He'll be on treatment for the next 18 months

Lucy Mecklenburgh has shared a health update about son Roman with her Instagram followers.

The former TOWIE star – who recently welcomed her second baby with Ryan Thomas – opened up in a Q&A with fans.

Fans of the couple will remember that Lucy and Ryan rushed their son to hospital last year after finding him “blue” in his cot.

At the time Lucy revealed that Roman had “fluid on his lungs”.

She also said her son was hospitalised after being struck down with a nasty infection.

Lucy explained that Roman underwent a videofluoroscopy, an X-ray that shows how patients swallow.

She said: “I’m sad for Roman. Now, when we pick up the thickener, he can’t have any thin fluids for quite a long time. Potentially years.

“So no lollies and ice-creams, no water or juice. Everything has to be a really thick consistency to stop it entering his lungs,” she continued.

‘We no longer have A&E visits’

A fan asked Lucy: “How is Roman now? Does he still have the thicker water?”

Lucy replied and told the fan: “Yes, he will be on thickened fluid for at least 18 months but luckily he’s taken to it really well!

“We call it jelly juice.”

It’s made him better and we no longer have A&E visits every time he gets a snotty nose.

She added: “The only thing we hate is saying no to ice lollies, ice cream and some fruits.”

However, she concluded: “The most important thing is it has worked!

“It’s made him better and we no longer have A&E visits every time he gets a snotty nose.”

Lucy gave birth to her second child, a little girl named Lilah, at the end of May.

However, the baby has also had to undergo a medical procedure.

Lucy revealed their little girl underwent a minor op to help with her ability to feed.

The former reality TV star admitted a few tears flowed during the procedure to remove a tongue tie.

But she also detailed how Roman had experienced the same at a young age – and improved significantly thanks to it.