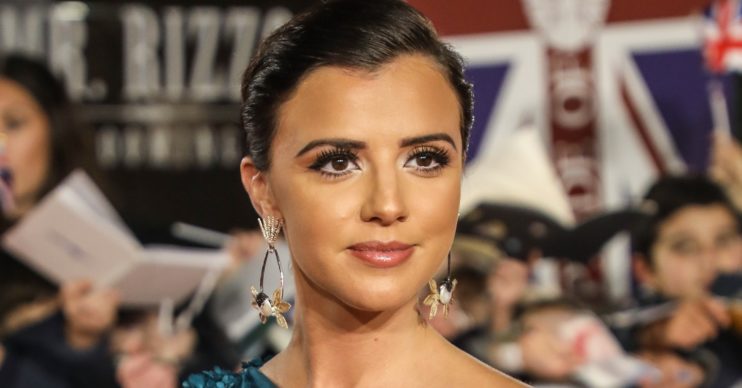 The 29-year-old former TOWIE star explained she was “worried” following a series of posts from influencers on Instagram.

It really upsets me

“I don’t understand who’s advising them, suggesting this is a good idea? It really upsets me.”

Lucy went on to explain her eating habits after welcoming son Roman.

She added: “Ryan was amazing, he’d make me some nice meals most days, but other days, it’s tea and toast, and that’s fine.

“You’re so sleep deprived. The last thing you want is another pressure to lose weight straight away and go on a restrictive diet, especially when you’re breastfeeding.

“You’re not even supposed to be doing that anyway.”

But while Lucy usually ignores the posts, she felt obliged to comment today.

Furthermore, she said: “There’s only so much I can do and what I can do is promote the complete opposite, which is enjoy being a new mum. Don’t worry about losing weight.”

How has Lucy Mecklenburgh lost her baby weight?

In a post, Lucy explained she previously weighed over 13 stone before welcoming the tot.

However, she has now slimmed down to nine stone.

Furthermore, the reality star previously revealed she sticks to a balanced diet.

Back in September, Lucy said: “A lot of people are asking me about my diet after Roman, but the answer is, I’m not on one.

“I eat three balanced meals a day, lots of water when I breast feed and a few snacks.”