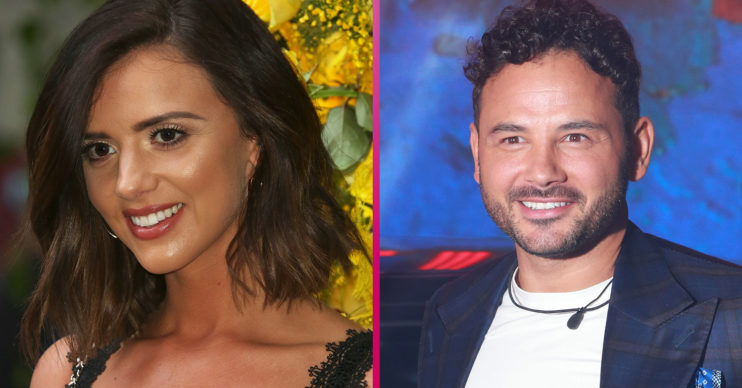 The couple welcomed Roman back in March

The new mum posted snaps of Roman, six months, as she began the process of weaning him onto solid foods.

In the first, little Roman is seen smiling for the camera as his mouth and chin were covered in green food.

In the second, Roman shows off a little pout as he continued to enjoy the food.

“I’ve made a weaning highlight as lots of you asked me to, I’m winging it a little bit but so far so good.”

She continued: “Roman’s not rejected any foods yet.

“We have tried all veggies, porridge, fruit and a few meals like lentil ragu & cottage pie.

“I’m trying to get him used to small lumps & different textures. His fave is for sure smashed avocado same as mama!

I’m winging it a little bit but so far so good.

“I’m a little scared about finger foods still though.”

Lucy added: “I would love any tips, advice & funny stories from your weaning journeys.”

Fans couldn’t get over the adorable images, with many saying Roman looked just like his dad Ryan.

A third said: “He looks really like Ryan here,” while a fourth wrote: “He is the double of his dad.”

Meanwhile, Lucy recently revealed how she got back into shape after gaining four stone during her pregnancy.

During a Q+A session with followers, she shared her secrets for her weight loss, including daily walks with the pram, workouts, stretches and breakfast muffins.

Read more: Lucy Mecklenburgh reveals how she got back in shape after gaining four stone during pregnancy

“I’m going to do a post on it very soon but honestly I have done no fad diet, no meal replacement shakes or extreme exercise plan,” she told fans.

Can you relate to Lucy? Leave us a comment on our Facebook page @EntertainmentDailyFix and let us know.