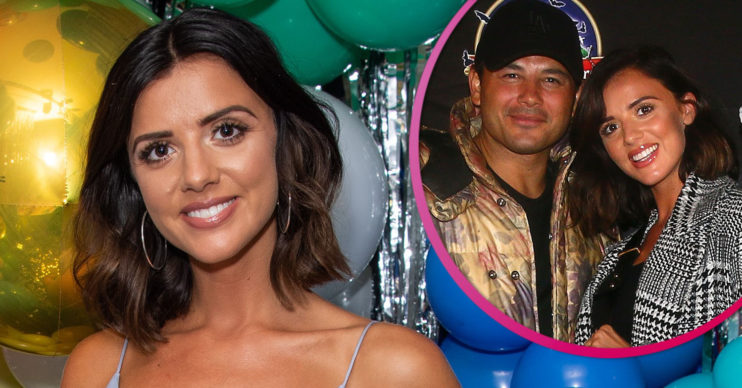 The couple got engaged in Italy last year

Lucy Mecklenburgh and Ryan Thomas were in tears as they watched footage from their engagement party.

A few weeks later, the couple had an engagement party and Lucy has shared a glimpse into the bash.

The mum-of-one first shared a photo of herself and Ryan in a photo booth.

Ryan was seen pouting as he held a sign which read: “Well, that escalated quickly.”

Meanwhile, Lucy pulled a shocked face as she held a sign saying: “Husband material,” which pointed at Ryan.

Lucy wrote alongside the image: “1 year ago our engagement party!!”

She went on to share a three-minute video from the event, which showed Lucy and Ryan partying alongside their family and friends.

The footage shows Lucy having her hair and makeup done for the party before showing off her stunning glittery dress.

For the record lads I’m not crying I had something in my eye!

Ryan and Lucy are seen embracing each other as they had photos taken in front of the river.

The couple are then seen hugging and dancing with their family and friends.

Bear Grylls also sent a message to the couple in the footage as he couldn’t attend.

The couple met on his show, Celebrity Island With Bear Grylls, back in 2017.

He said he was “so happy” for Lucy and Ryan and “so proud” of them.

Lucy and Ryan in tears

Lucy wrote alongside the video: “Engagement party. Me and Ryan are cuddled up on the sofa crying watching this.”

Ryan commented: “For the record lads I’m not crying I had something in my eye!”

Fans gushed over the beautiful video, with one writing: “I can’t wait to see your wedding. Your engagement party was incredible! And your dress.”

Another commented: “This is so beautiful. You guys are honestly just the cutest.”

A third said: “This made me smile so much! Congratulations.”

The couple are now parents to their son Roman, who was born in March.

What do you think about Lucy and Ryan’s engagement party video? Go to our Facebook page @EntertainmentDailyfix and leave a comment to let us know.