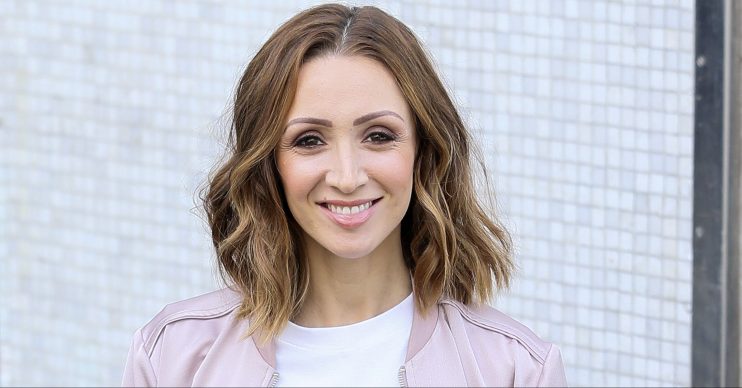 New mum Lucy-Jo Hudson has broken her silence on her “fall out” with ex-husband Alan Halsall.

The actress – who shares daughter Sienna, six, with the Corrie star – gave birth to her first child with boyfriend Lewis Devine, son Carter, back in February.

However, what should have been a happy time for the new parents was marred by a rumoured fall out with her old flame.

Alan appeared to react to a post Lewis made about the bond he shares with Sienna, in which he called the tot “our Sienna”.

In a now-deleted Instagram post, Alan said: “You’re welcome to keep the lying cheating one & call her your own! But not my daughter.”

Lewis was thought to have reacted at the time, uploading a series of Instagram posts, with one urging his followers to “be kind”.

Me and Alan sometimes have different views on raising Sienna, so trying to co-parent can be challenging.

Opening up about the reported feud, Lucy-Jo admitted to OK! that co-parenting with an ex can be “challenging”.

However, the star said she chose to ignore the drama.

Lucy-Jo said: “I had literally just given birth to Carter when he posted that, so I didn’t see it and my head was elsewhere. He quickly deleted it so he must have regretted it. I didn’t bother bringing it up with him. Lew and I were both too focused on Carter so it just didn’t get our attention.”

Read more: Katie Price struggling with not seeing kids due to isolation

New dad Lewis explained: “We didn’t actually have a fall out about it – that was just press speculation.”

Lucy-Jo added that everybody who has a blended family “knows it’s not easy”.

She also opened up about how she and Alan sometimes have differing views on how Sienna is raised.

However, she said that she and Lewis prefer to keep such discussions private so as not to upset Sienna.

The star revealed: “Me and Alan sometimes have different views on raising Sienna, so trying to co-parent can be challenging. But Lewis and I try to keep things like that very private. Sienna isn’t aware of what happened and all that matters is that she has loving parents on both sides.”

Alan is currently loved up with his former Corrie co-star Tisha Merry.