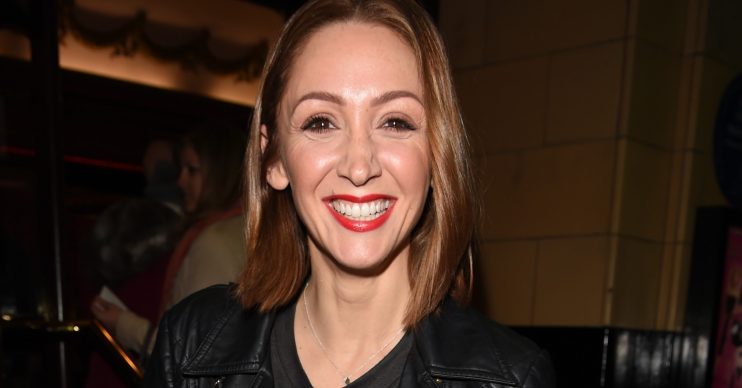 He says that kindness is key

The boyfriend of former Corrie actress Lucy-Jo Hudson has written a cryptic message on social media, less than a day after her ex Alan Halsall took a swipe at her.

Lewis, 32, appeared to lash out at Lucy-Jo’s ex-husband with a heartfelt message.

On his Instastories, he said: “A massive thank you to all our friends and family for everything we love you all so much!

“Also a big thank you for all our lovely gifts, we are very lucky to have so many kind people in our life xx.”

Lucy-Jo gave birth to her second child – her first with Lewis – last week, but was then on the receiving end of a stinging message from ex-husband Alan, 37.

Taking to the social media site to welcome their daughter, Lewis wrote to his 6,000 followers: “Our Sienna is delighted and is already making the best big sister, just like I knew she would!”

You’re welcome to keep the lying cheating one and call her your own! But not my daughter.

Alan clearly took exception to Lewis calling Sienna ‘our’ and let rip, by responding: “You’re welcome to keep the lying cheating one and call her your own! But not my daughter.”

Alan and Lucy-Jo have co-parented their daughter since they split in 2018, and two former co-stars began dating in 2004, marrying in 2009.

The pair have both found love again; Lucy-Jo with Lewis, and Alan with former Corrie co-star Tisha Merry.

Last month, Lucy-Jo told fans that she’s intending to return to her award-winning role in Hollyoaks after she gives birth.

“I know that Juliet has got quite a big storyline this year and I know that involves going down the wrong path and stuff.