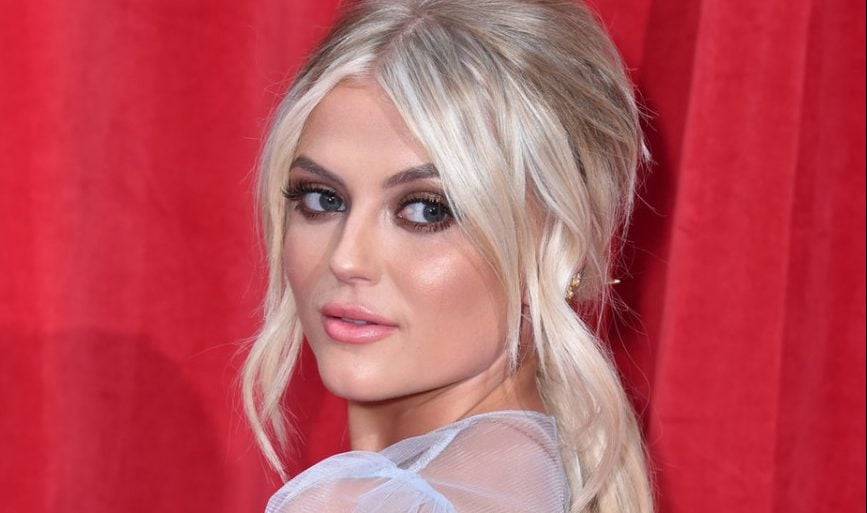 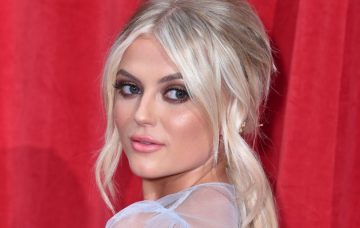 She walked the red carpet at Hackney Empire on Saturday

Coronation Street’s Lucy Fallon has asked for fans’ advice after being left with a nasty foot problem following the British Soap Awards.

The actress, who plays Bethany Platt, looked stunning as she walked the red carpet on Saturday night.

But she told fans via social media she’d been left with a painful blister on her foot that she fears has become infected.

Lucy, 22, tweeted: “Has anyone ever had a blister on the back of their heel that has got infected because I cannot walk and I need advice :/?”

She added the area was red and warm to touch.

Has anyone ever had a blister on the back of their heel that has got infected because I cannot walk and I need advice :/? 🤦🏼‍♀️

Fans advised Lucy she should see a medic as if the area is infected it may require antibiotics to clear it up.

The soap star also shared a video to Instagram Stories showing her hobbling around her home on Sunday morning, captioning it: “The day after the night before.”

She then sat down, using a bag of frozen food to soothe her sore foot.

Another pic simply showed her resting her foot, with the caption: “Infected foot.” Poor Lucy!

Foot injury aside, it was a fabulous night for the young star.

She picked up two prizes for best actress and best female dramatic performance for Bethany’s harrowing grooming storyline and its aftermath.

Coronation Street was the big winner at the British Soap Awards, with the villainous Pat Phelan, played by Connor McIntyre, recognised with a gong after the character met his grisly exit on Friday night.

In total Corrie hauled in six prizes at the ceremony at the Hackney Empire in east London, including the coveted best soap award, as its decision to take on dark storylines was recognised.

Connor beat EastEnders Jake Wood who lost in five of the six categories he was nominated for.

Another Coronation Street win went to Lucy’s on-screen uncle Jack P. Shepherd, whose character David Platt has been at the centre of a male rape storyline.

Ross told the crowd: “Oh my word, this is really, really unbelievable. I think Hollyoaks does issue-based storylines really well, and I’m hugely proud of them for telling this story as well as they did.”

He added: “I love soap, I love all of the soaps. Years ago when I sat working as a PA to the producer of Coronation Street, I never thought I’d be stood here collecting an award and this is just the icing on the cake.”

Jake, who plays Max Branning, had his sole win in the scene of the year category where the prize was split for the first time in British Soap Award history.

Taking to the stage, Jake sent a special message to his former co-star, Dame Barbara Windsor.

He said: “Can I send a big EastEnders hug out to Barbara Windsor and her husband Scott. I speak for everyone here when I say we love you very much.”

Dame Barbara and Scott recently revealed the 80-year-old Carry On star was diagnosed with Alzheimer’s in April 2014.

EastEnders shared the best scene prize with fellow BBC soap Doctors who had been nominated for their Bollywood proposal scene.

Jake was nominated alongside his on-screen daughters Lauren and Abi Branning for the EastEnders Christmas Day episode in which the two youngsters fell from the roof of the Queen Vic pub.

Emmerdale – the big winner last year – picked up two awards including the one-off greatest moment in soap history prize for their 2016 scene, the Hotten by-pass crash.