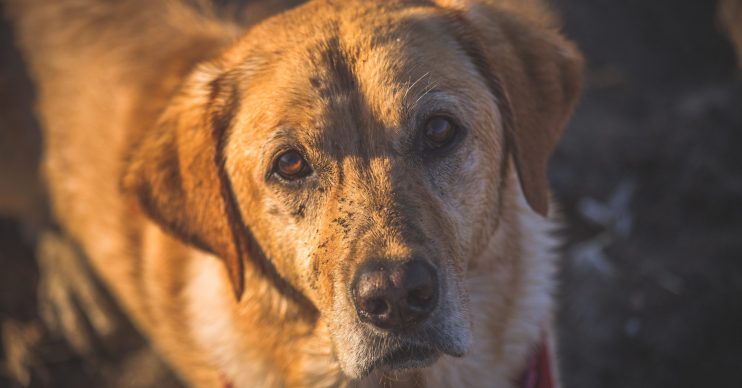 Another victim of Storm Ciara

Long regarded as man’s best friend, one loyal dog more than lived up to the title as he laid by his dying owner’s side after the man was hit by a falling tree during a dog walk.

The tragic accident occurred earlier this week in Liverpool, when a man in his sixties was out walking his dog in Black Wood, Woolton.

It happened at around 11am, after Storm Ciara’s strong winds and extreme weather battered the country.

Emergency services arrived on the scene to find the man badly injured and the dog waiting at its owner’s side.

Police confirmed that the man sadly died, while the dog – which was unhurt – was taken away from the area by officers.

Read more: Experts warn 45 million people could die as a result of coronavirus

It was only when they checked the dog’s microchip that his owner’s identity was revealed and his relatives informed.

A police spokesperson said: “We can confirm that the man hit by the falling tree branch in Black Wood in Woolton has sadly passed away.”

They added: “The man, who is in his 60s and from the Liverpool area, has now been identified and his next of kin have been informed.”

“We don’t deserve dogs,” said one person on Twitter, paying tribute to the deceased.

“Such loyalty,” said another.

“The love and loyalty they give can’t be measured,” said a third.

Read more: Mum sparks fierce debate about whether kids should give up their seats for ill people at the doctors

“This is why they are called man’s best friend,” said another.

“This is so sad,” said another. “The dog’s microchip helped identify the poor owner.”

The man isn’t the first victim of the storm.

This is so sad. The dog’s microchip helped identify the poor owner.

Earlier this week, ED! reported that Storm Ciara had claimed its first victim after a driver in Hampshire was crushed by a falling tree.

A 58-year-old man died when a tree came crashing down onto his Mercedes. He is thought to have died at the scene.

With Storm Ciara finally on her way out, Brits now have to contend with the prospect of Storm Dennis.

Large parts of Scotland are said to expect “blizzard conditions”, while a series of yellow weather warnings have been put in place.

Dennis, although not set to be as destructive as Ciara, is set to make its mark this weekend, according to the Met Office.