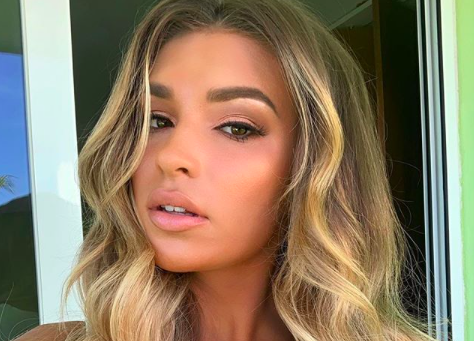 She says it's now "awkward"

Zara McDermott has finally confirmed she DID date Olly Murs – but that things are now “awkward” between them.

The Love Island star, 22, revealed that the Troublemaker singer, 34, developed a soft soft for the brunette but that the relationship ended abruptly due to his age.

She told The Sun that the age gap of 12 years posed a problem, and that now she wants to move on and find someone her own age.

The ex-girlfriend of Adam Collard admitted that being linked to Olly has now affected her love life.

She said: “[Olly] definitely thought I was his type on paper. He’s a lot older than me. I feel really annoyed now, because it’s awkward. Everyone thinks I’m dating bloody Olly Murs.

“Imagine my ideal man wants to slide into my DMs, but they think I’m with Olly. It’s not ideal.”

ED! previously reported that Olly pursued Zara on Instagram, liking a string of sexy images and eventually inviting her to meet him.

She told the newspaper: “I sing and play the piano and he invited me to watch The Voice to see how it works as I want to get into all of that. He was lovely to me and that’s all I can say.”

“Lovely” turned to “awkward” pretty quickly, though, so we’ll have to read between the lines.

However, she did reveal that she was left “very hung up” after her relationship with Adam ended.

While he is now rumoured to be joining Geordie Shore, Zara admits she isn’t ready for a committed relationship.

Well, not with a man Olly’s age anyway!