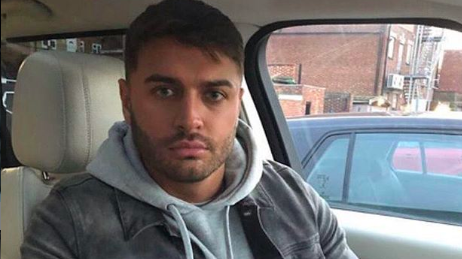 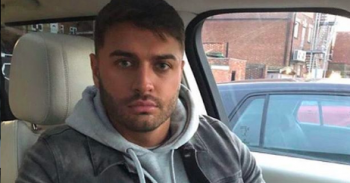 It was the last thing he 'liked' on Twitter

It has been revealed that late Love Island star Mike Thalassitis ‘liked’ a dark joke about death just a few days before his passing.

The 26-year-old’s body was reportedly found in woods close to his Essex home earlier this weekend.

However, earlier this week the reality star – who also took part in Celebs Go Dating last year – enjoyed the post on Twitter showing a man on the phone, and the caption: “Hello? Cemetery? I need a place for this dead joke.”

Mike had a tough few months, with his best friend Danny Cutts passing away on Christmas Eve. He also recently lost his beloved nan after moving in with her.

And just last week the former footballer tweeted to say he was “gutted” to hear a fellow footballer friend had cancer.

Mike also recently complained about his birthday two months ago, saying: “January is the worst month of the year; and it’s so unfair if like me, you have a birthday this month.” On Instagram, he added: “Being born in January is a struggle.”

He hadn’t shared a photo on Instagram since 5th March, but his fans are using the site to share tributes, with many commenting simply: “RIP.”

Mike found fame on the ITV2 dating show, Love Island in 2017, earning the nickname ‘Muggy Mike’ thanks to his behaviour with women.

He went on to appear on Celebs Go Dating in 2018, alongside Made In Chelsea’s Sam Thompson and TOWIE’s Gemma Collins.

The TV star has been mentioned a few times on the current series, as his ex-girlfriend TOWIE star Megan McKenna is appearing. She was emotional on screen when asked about their seven month relationship last year.

His friend Sam also mentioned him, when his date admitted Muggy Mike was her type. Mike responded on Twitter, writing: “She’s only human.”

A spokesperson for ITV paid tribute, saying: “Everyone at ITV2 and Love Island are shocked and saddened by this terrible news. Our thoughts and deepest condolences are with Mike’s family and friends at this very sad time.”