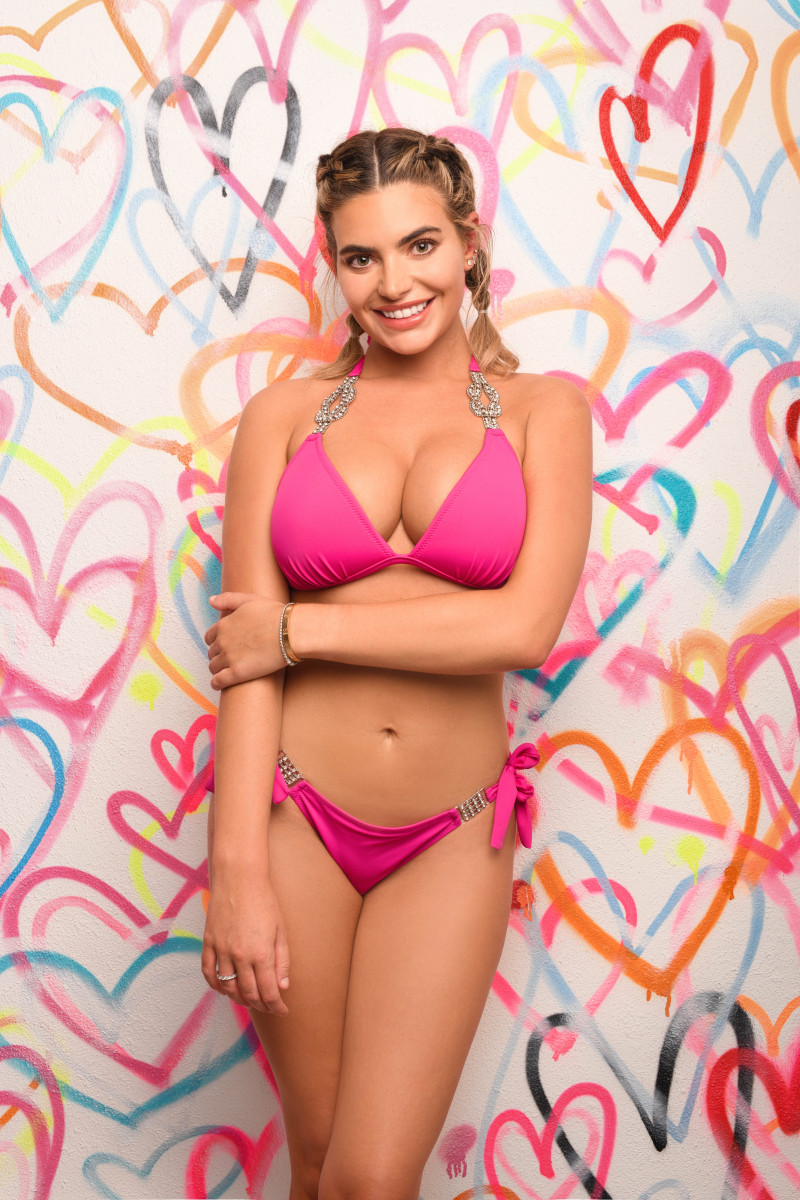 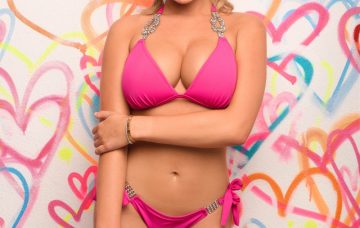 It seems Laura has had the last laugh!

She earned the nickname ‘Muggy Megan’ after splitting up one of Love Island’s longest-standing couples, Wes Nelson and Laura Anderson, but now the model appears to have moved after just a day with Wes!

We can reveal that in tonight’s episode of the ITV2 dating show, Megan, 24, is faced with the difficult task of choosing between a whopping FOUR suitors, before jumping into bed with newcomer Alex Miller.

The blonde model, who it emerged today has undergone several cosmetic surgery procedures, had named fellow Essex boy Alex as being in her top three.

Talking to another newcomer, Dean Overson, Megan admits: “I’m not going to rule anything out. It was one day I spent with Wes and it’s still only early days with the boys but I feel like a I know already that you and Alex are the only boys I’d probably get on with the most.”

Megan also joked that the boys only fancy her because she is ‘the chairwoman of the Do Bits Society’.

But it seems Alex has had his eyes on the prize from the start.

“I know there are a couple of other boys who like Megan but I think I’m going to be the one,” he said.

He later added to Megan: “I said to the boys, I’m putting all of my Megs in one basket. I am a proper man. I know what I want.”

“I’d definitely like to get to know you better and see how it goes,” she replied, even referring to them as ‘the essex dream team’.

And it seems Megan is a sucker for poultry-based flirting, as she is later filmed spooning Alex in the bed she had shared with Wes just the night before.

However Alex will still have to compete with Dean, who admits he ‘hates losing’.

He said: “We’ve got Alex, Frankie and me. We’ve all said we want to get to know Megan and we want to talk to her.”

Dean then compares making a move on Megan to a game of chess. What a charmer!

“It’s like a game of chess. I’ll let them to make their move and then I’ll throw something in,” he explained.

“I’m very competitive and I’d be gutted if I lost. I hate losing even if it’s football back home. Losing is a no no.”

He shares his concerns with the boys, telling them: “I’m paranoid to the fact that Meg, people are going to be all over her.”

Later in the beach hut, he adds, “The guys back at the villa will be hitting on Megan. There’s going to be a couple of guys who I assume are going to be into her. She is a damn good looking girl, so I’m aware she’s going to get a bit of attention, obviously.”

Who will fall victim to Megan’s charms, or curse, next? Either way, Laura will be laughing her socks off as karma comes Wes’ way.

Is Megan cheating on Wes? Has she defied ‘girl code’ with Laura? Leave us a comment on our Facebook page @EntertainmentDailyFix and let us know what you think!