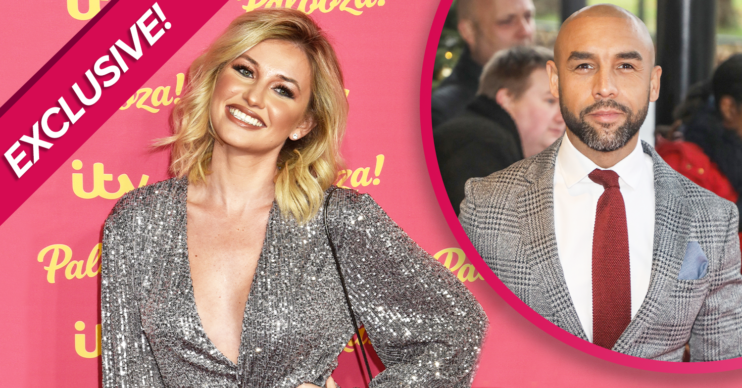 He's thought to be single following split from wife Natalia

She shot to fame when she had her heart broken by Curtis Pritchard on 2019’s Love Island and now Amy Hart has revealed she’s set her sights on a new man.

And the man in question is none other than Good Morning Britain hunk Alex Beresford.

Alex is thought to be a single man following his split from wife Natalia.

And, it appears, Amy is hoping he’s single and ready to mingle in her direction.

Chatting exclusively, she revealed he’s her “number one” celebrity crush.

Amy Hart has a crush on the GMB weatherman

And the reality TV star revealed that she’s even made the first move with the ITV weatherman.

“I will tell you who my number one is. The weather presenter from GMB. Alex Beresford,” Amy stated.

Read more: Ashley James reveals she was “mocked” over her “wonky boob” before having a 250g lump removed

“He’s just split up from his wife,” she said with a twinkle in her eye.

“I followed him on Instagram the other night,” she teased.

He’s just split up from his wife. I followed him on Instagram the other night.

However, then came the bad news for unlucky in love Amy.

It would appear that Alex does have some competition when it comes to the battle for Amy’s affections, though.

The star revealed that she gets “100 DMs per day” on Instagram.

She revealed: “People message me like: ‘Can I take you on a date?’

“But the thing is, they’re just random people on Instagram. I could meet them and they’d be an axe murder, so I don’t do anything.

However, one that she did read clearly left an impression with the star.

“One message did stand out though,” she revealed.

“They put: ‘You are so beautiful, if I were to go blind now I wouldn’t care because you would have been the last thing that I saw.'”

“What am I meant to put to that?” the popular Love Island star quipped.

“Thanks? Thumbs up?” she laughed.

With thanks to OnlineCasinos.co.uk, who exclusively shared their interview with Amy with ED!.