2017 Love Island star, Theo Campbell, had a pretty serious accident recently which has left him wearing an eye patch, following an accident with a champagne bottle.

The former sprinter appeared on This Morning to explain what happened.

Theo has lost sight in his right eye after a champagne cork was fired directly into his eye during a party in Ibiza in August.

He recalled how he saw blood on his hands right after and felt what he described as an "eerie pain".

The reality TV star explained how he had removed his glasses after having champagne sprayed in his eye and turned around only to have a champagne cork go right into his eye.

Theo ended up having stitches in his eye, but first feared the doctors would be forced to remove it, or, as he put it, "scoop" it out. 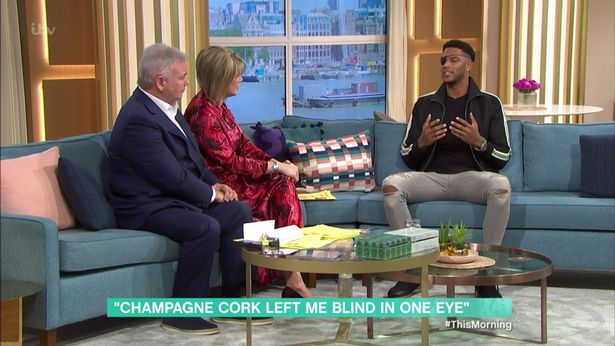 Theo on This Morning explaining what happened to his eye (Credit: ITV)

He then revealed that it's unlikely he'll ever see out of that eye again.

Despite the rather difficult diagnosis, Theo is remaining positive.

Speaking about the accident, he said: "It was a bad pain. I couldn't open my eye at first. I couldn’t see and was stumbling. I was like 'no, no this hasn't happened'.

Thanks for all the messages and support I’ve got over the last couple days they’re all very much appreciated ♥️! So yeah basically 2 eye surgeries later after a really unfortunate accident, I’ve lost all vision in my right eye as it got split in half, who would have thought a champagne cork would be the end of me.. . But I still have 1 eye left, looking at the bright side of things. Thanks for flying out to look after me as well babe ♥️♥️♥️ if anyone knows where sells cool eye patches let me know :). #captinhook #thor #fettywap

"I waited two minutes hoping the worst-case scenario hadn’t happened. I looked down and saw blood."

Theo was immediately rushed to the hospital and left in constant pain for two days while thinking he was going to lose his eyeball.

He said: "I said, 'Doctor will I be able to see again?' I was quite upset. He said, 'Don't worry about seeing again, we will try and save the eyeball.' 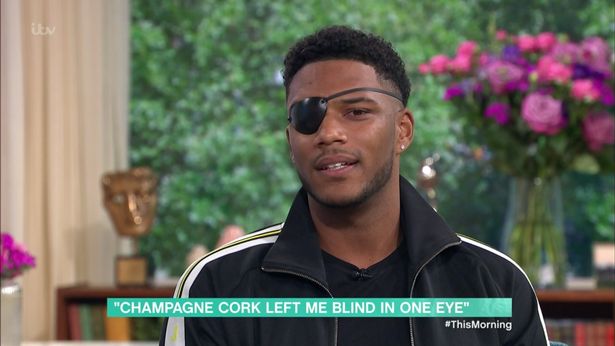 Read more: Love Island star Amy Hart has been on 'a string of dates with' DJ Toby Anstis

Theo then recalled how his girlfriend and fellow Love Island star Kaz Crossley made the journey to Ibiza to be with him and support him.

However, Theo finished the interview on a positive note, saying: "Life isn't over with one eye."

What did you make of Theo potentially never seeing again? Head to our Facebook page @EntertainmentDailyFix and let us know what you think of our story.