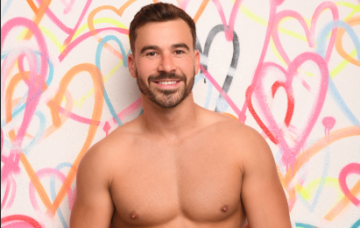 So many contestants have passed through the villa doors on this series of Love Island, but who could forget the gorgeousness that was Alex Miller? He was only on the show a matter of days, but it was clearly long enough to catch the eye of the Dreamboys producers… Essex boy, Alex, 28, took to […]

So many contestants have passed through the villa doors on this series of Love Island, but who could forget the gorgeousness that was Alex Miller?

He was only on the show a matter of days, but it was clearly long enough to catch the eye of the Dreamboys producers…

Essex boy, Alex, 28, took to Instagram on Tuesday to share a picture from his big night on stage with the UK’s most famous male strip show.

Next to the steamy shot, he wrote: “The night I joined @dreamboys … I’ll hit the gym and come back again 😉 #dreamboys #loveisland #noglasses 🙃”.

Another commented: “Literally you are my dream man 😍😳❤👀”.

Alex – who became known for his hot glasses and for stealing Megan Barton Hanson from Wes (briefly) – has been a busy lad since leaving the villa.

He’s been to the Incredibles 2 premiere, was interviewed on Good Morning Britain, was reunited with his Love Island pals for an appearance on Aftersun – not to mention doing a host of radio and media interviews.

And with the final of Love Island 2018 just round the corner, he’s making the most of the invites.

And that apparently means cosying up to as many celebrities as possible.

Alex has managed to get a host of selfies with TV stars, including Lizzy Cundy, Rylan Clark-Neal and Mark Wright.

Some fans tried to play matchmaker, commenting: “You and @amb_d make a cute couple!”

Others also suggested Alex take Alexandra Cane – who is currently in a rocky couple with Dr Alex – out on a date when she leaves the show.

The fan wrote: “Please get with @alexandralouise__ she needs a guy like u who’d appreciate her! She deserves the best!”

But fans could be disappointed, as Alex seems to have already moved on, posing with Instagram star Natasha Sandhu in several pictures since leaving the show.

In fact, The Sun is reporting that the pair are already making plans to move in together in Essex.

The source says: “Alex and Tash had been mates for years but had never shown a romantic interest in each other.

“But after the premiere, they got talking and went for a few dates and Alex was sucked in by her. They are such a gorgeous couple and they’re already talking about kids.”

There’s so much love around. It must be the weather.

Would you go see Dreamboys for Alex? Leave us a comment on our Facebook page @EntertainmentDailyFix and let us know what you think.