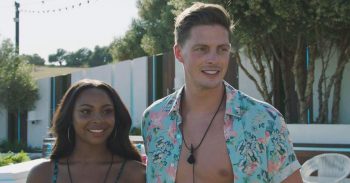 Co-star Dr Alex advised her to get it dealt with

Samira Mighty is to have a lump removed following a terrifying cancer scare.

The 23-year-old reality TV star thought she was “going to die” when she discovered the compact mass three years ago, and she is now getting the lump taken off after it returned last year.

She told Metro.co.uk: “It was really dramatic, I immediately thought I had breast cancer. You Google, Wikipedia, and think you’re going to die.

“It did play on my mind, because you’d be drying off after the shower and feel this lump and think, something is not right. Or I’d be ill and in my head I’d connect it to the lump.”

Samira was encouraged to get the lump checked out by fellow Love Island star Doctor Alex George, who she says is like her “personal GP” and says he has “enlightened” her about how important it is to look after herself.

“Since meeting Doctor Alex I’ve been enlightened to many things, and since then I’ve discovered how important it is to look after yourself.

“You just don’t think, ‘Oh, I’m going to check my boobs,’ but it is so important. Just spend five minutes feeling them. And at any age!

“I was 19 when I first found the lump and I wouldn’t have thought about it otherwise.”

Earlier this year, the brunette beauty spoke openly about suffering from depression and said she experiences extreme changes in mood.

She said: “I want you to know that for me that people don’t know that I am diagnosed with depression. I knew I had it when I was younger.

“I went to the doctors and my highs are mad high and my lows are so low.

“One thing I wish I did when I was younger is to talk to people and tell them how you feel and I was in places I hated and I was so low and it’s because I didn’t speak.”

Have you experienced a similar scare? Leave us a comment on our Facebook page @EntertainmentDailyFix and let us know your thoughts.