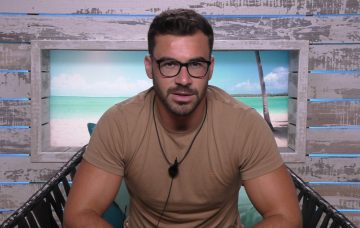 Alex Miller has revealed that he suffered with suicidal thoughts after Love Island.

The 28-year-old reality TV star went “through a dark patch” after he appeared on the ITV2 show last year, admitting he used to imagine himself driving into bridges.

Speaking on FUBAR Radio show Access All Areas with Lizzie Cundy and Stephen Leng, he said: “I did go through a dark patch where I would look at bridges and think ‘Yeah, I could drive into that’.

“I was in a dark place [after the show]. It was winter time, there was a lot of factors coming up, knowing that everything was sort of coming to an end like getting back into the old routine in the job.

“Everything has died a death, you’ve fallen off the cliff of reality fame.

Read More: Parents of Love Island’s Sophie Gradon do not believe she took her own life

Fortunately, Alex – who left the show after Megan Barton Hanson picked to be with Wes Nelson over him during a recoupling – was put back on the right track as one of the Love Island producers spotted one of his social media rants and pointed him in the direction of a psychiatrist.

He recalled: “I had a little rant on Instagram.

“I went through a bit of a dark patch and luckily one of the producers who follow me on Instagram saw the rant got in touch with me and put me back in touch with a psychiatrist.

“Looking back, all I needed to do was be forward and go talk to them.”

Alex’s comments come after former Love Island star Mike Thalassitis was found dead in woodland near his home in Essex last week, and his tragic death has sparked concerns about the well-being of reality TV stars.