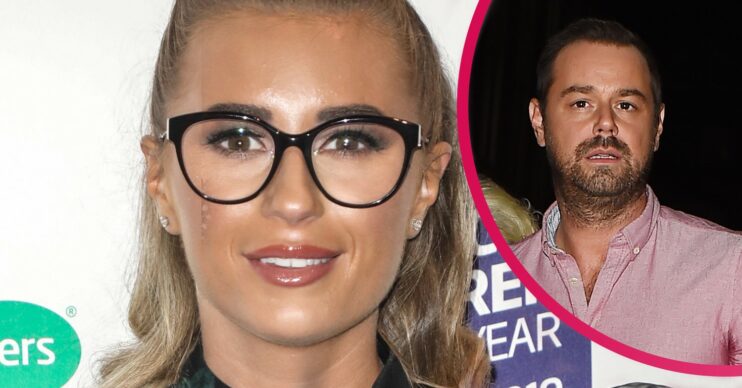 The EastEnders actor has turned 44

Love Island star Dani Dyer has paid a lovely tribute to her father, EastEnders actor Danny Dyer, as he celebrates his 44th birthday.

Dani, 24, took to Instagram Stories to uploaded a series of pictures and videos, in which she’s seen hugging and fooling around with her dad.

And she also left a message for the hard-man actor, describing him as a “special person”.

How did Dani Dyer pay tribute to her dad?

Dani hasn’t had the easiest of times lately, what with her boyfriend Sammy Kimmence being sentenced to three and a half years in jail for conning two pensioners out of some money.

However, the 2018 Love Island winner seemed to put all that to one side as she wished her dad many happy returns on social media.

In one of the pictures, she can be seen giggling with Danny as the pair cosy up on the sofa.

There’s also a clip showing the EastEnders star having fun while he and Dani were recording their podcast, Sorted with the Dyers.

Dani – who’s a mum to a six-month-old boy, Santiago – completed the tribute with a cute message.

She wrote: “Happy birthday to such a special person.

“So grateful to have a dad like you in my life… thank you for all the laughs and being the most amazing grandad to Santi.”

Dani finished the message with the words, “Love you millions,” and two kisses.

She and Sammy Kimmence are thought to have split up following his conviction for scamming two pensioners out of £34,000.

The couple were together for two years.

How old is Dani Dyer’s baby?

Yesterday, Dani shared a couple of sweet photos of Santiago to mark six months since he was born.

She captioned them: “6 whole months of loving you baby boy…can’t believe how quick the time is going.

“You’ve made me realise how precious time is, and what it’s like to not have a lay in anymore. Mummy loves you more than words could ever describe.”