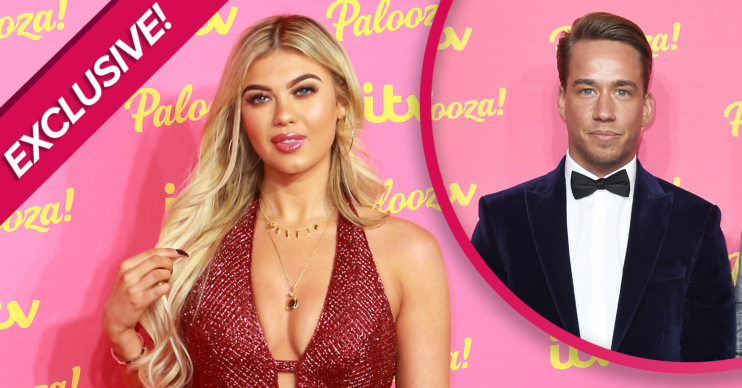 She loves him 'to bits' but it's all over…

In an exclusive interview with Entertainment Daily, Belle revealed it was all over for the pair, who confirmed their romance back in August.

She told ED!: “It’s off now. It really is a shame because I really do love him to bits.”

What did Love Island star Belle say about Rudi?

Belle added: “My love life is up and down more times than a yo-yo. My love life’s a mess, it always is, it’s never smooth.

It’s off now. It really is a shame because I really do love him to bits.

“Rudi is such a lovely boy but I think when he came out of the show he was like: ‘I’m really struggling to deal with it,'” she said.

Read more: AJ Pritchard admits he’ll miss Strictly but not the ‘stress’ that comes with it

“He got into a bit of a state, down and depressed. I tried to help him with that and I feel like now he’s on a good path, he’s doing really well.

“I think it was right person wrong time unfortunately. But you never know, I’d never rule anything out with Rudi, he is lovely and obviously he is a sort,” she added.

Growing up with her hard man dad, actor Tamer Hassan, and his pal Danny Dyer has made it “difficult with boys”, Belle admitted.

“It’s put off a few men. But I feel like now the men I attract half want the challenge of my dad. He’s actually soft, it’s my mum that’s the hard man. My mum puts the bins out, Dad won’t do any of that, but he will sew up a hole in my jacket if it needs doing. He does all the stereotypical womanly bits.”

So with her old childhood friend Dani Dyer expecting her first baby, is that on the cards for Belle one day – and would would Tamer say if his little princess told him she was pregnant?

“Oh my god, babies? Jesus Christ. I think my dad would faint. He’s very much the denial queen. He would be like: ‘No no, my daughter has never slept with anyone, she’s not done anything, she’s just about kissed a boy,'” she laughed.

Belle admits she’d love to start a family if it was with “the right man”, but admits she has “very bad taste in men”.

She continued: “The men I go for are very insecure. I love a wounded kitten, I love to take them in. I’m like a rehabilitation centre – I take them in, fix them up, they all get great jobs or do really well for themselves and then I end up getting f**ed over every time, always.”

She does have her eye on one of her dad’s pals, though…

“Calum Best is one of his close friends and I always go: ‘Dad, he’s really good-looking,’ and he says: ‘You’re not allowed to fancy my friends.'”

“I know, what’s wrong with me!” Belle exclaimed. “All I want is a man to be nice to me. I’m not one of those girls who likes to be kept on their toes. Tell me how it is, tell me you love me, tell me I look good, that is it, done.”

She wants to do Celebs Go Dating

“Celebs Go Dating will be next. I’d love to do that,” she revealed.

“Although I don’t know who my perfect date would be. I hate everyone!”

With a love life worthy of its own soap opera episode, ED! wanted to know if the rumours about Belle being turned down for a part in EastEnders were true.

It was reported that she wasn’t cast because she wasn’t “rough enough”.

Could EastEnders star Danny not have put a word in?

“It was a long time ago, I don’t think he was on the show actually then,” she said.

‘Too pretty’ to be a model

Another rejection from years gone by has also stuck with make-up artist Belle.

She revealed: “I actually went for a modelling agency job when I was younger and they said I was too pretty. I was like: ‘How dare you, I’ve never been so insulted in my life.

“They said my face was too symmetrical, you’re not unique enough looking.

“I was sitting on the train home crying my eyes out and this woman was like: ‘Don’t worry, it’s okay, you’re beautiful,’ and I was like: ‘That’s the f***ing problem!'”