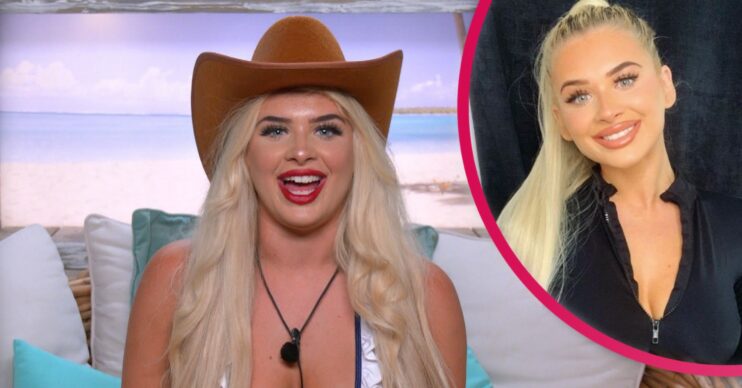 She's got her glow on!

Love Island star Liberty Poole has wowed her fans with her stunning new look from her quarantine house.

Since leaving the villa and travelling back to the UK, Liberty has been kept indoors to serve out the mandatory 10-day quarantine for travellers from Majorca due to Spain’s Amber list status.

But it looks like the stay in isolation has served her well as she appeared dramatically different to her Love Island look in a new Instagram post.

Liberty, 21, posted a series of images and video clips to her social media account ahead of a fan Q&A session.

Dressed in a zip-up black crop top and black cycling shorts the Birmingham babe even caught her fellow islanders’ attention.

She wore her long blonde hair tied back in a tight ponytail and plumped her lips with liner and gloss.

Her former housemates couldn’t hold back their praise for Liberty as they piled the compliments on her.

Aaron Simpson added: “Here she is.”

Lucinda Strafford gushed: “Obsessed with you.”

Liberty posted to fans as she announced the quiz session writing: “Hey guys still in quarantine so as promised I will be doing a Q@A today starting at 3 pm on my insta story love to all.”

During the video chat, she then admitted she had no regrets from her time in the villa, despite her crushing break-up and exit with Jake Cornish.

She said: “I do not regret anything about my time in the villa. I feel like everything happens for a reason. From start to finish my journey happened the way it was meant to.

“I still fell in love, I made friends and I found self-love.”

And she admitted that she has had some work done to boost her appearance in the past – but nothing too drastic.
She confessed: “I’ve had a bit of lip filler. Apart from that, I’m all-natural. A lot of people ask if my boobs are fake but I can confirm that they’re real. I don’t know why they’re so big, honestly.”

What do you think of Liberty’s new look? Let us know by heading to our Facebook Page @EntertainmentDailyFix and leaving a comment!