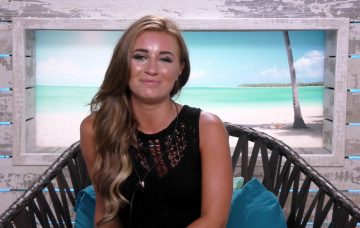 Let’s face it, the internet is easily confused, but we have to admit this one stumped us, too.

Love Island fans have been questioning producers, after noticing that show favourite, Dani Dyer has had a bit of a makeover – and no-one’s mentioned it.

Since then, she’s only become blonder under the Spanish sun.

One fan wrote: “Just me or has dani dyer dyed her hair over the past 48 hours in the villa??? Swear to god she’s gone from like an autumn brown to chocolate brown”.

Another added: “I’m confused, has dani dyer dyed her hair in the villa????? #LoveIsland”.

A third baffled fan added: “I mean has @Dani_MasDyer had her hair dyed on tonight’s episode swear she was ginger 2 days ago ?? 😂😂😂”.

Not only that, but the 22-year-old daughter of actor Danny Dyer, also seems to have had new eyelashes put on.

One fan pointed out: “Dani Dyer has had her hair dyed and lashes done.”

It turns out the answer is pretty simple.

Her hair is different because she, er, dyed it.

Remember when the ladies visited a spa? Apparently Dani got her hair and eyelashes done then.

Astute fans reminded those confused that this isn’t Big Brother, or some other show where contestants are locked away from the world, or taken far away from civilisation.

One wrote: “Why are people having a go at Dani Dyer hair changing colour? She’s had her hair done.. the lad have fresh cuts every week too.. it’s love island not survival with Bear Grylls, chill.”

This series has been particularly rife for lovers of conspiracy theories.

The image – reportedly an advert for gym chain, David Lloyd – shows what looks like Jack, 22, and surfer Laura, 23, exercising side-by-side.

Beside the picture, one fan wrote: “The tea is that black jack and new laura knew each other prior to coming in the villa ☕☕☕ #LoveIsland”.

But producers confirmed it wasn’t Laura in the picture.

There was also the theory that Rosie Williams and Adam Collard must’ve known each other because they both posted a picture of similar bags before entering the villa.

Then it was pointed out that make-up artists Kazimir Crossley and Alexandra Cane worked together on a shoot long before appearing on the ITV2 reality show. 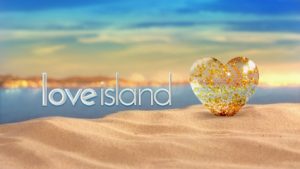 Alexandra was also rumoured to know Megan Barton-Hanson after they were pictured on a music video shoot together.

Basically, we all love a conspiracy theory almost as much as we love Love Island. We’re so gutted it’s ending on Monday.

Will you be watching the final on Monday? Leave us a comment on our Facebook page @EntertainmentDailyFix and let us know what you think.