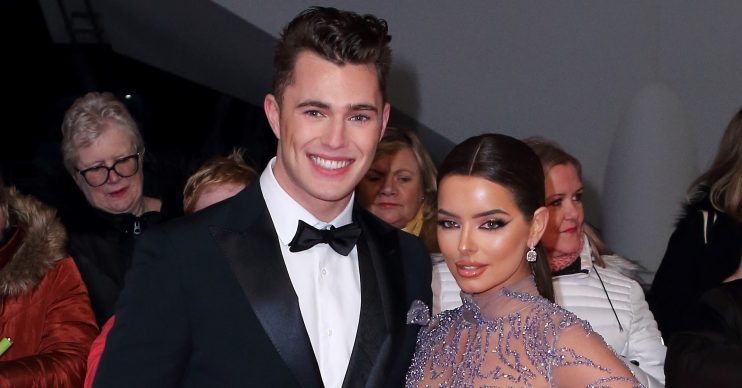 The couple met on the ITV2 dating show just eight months ago, but they’ve now called time on their romance, with the 29-year-old ex-grid girl confirming the news on her Instagram Story on Monday (02.03.20).

She said: “Curtis and I have made the decision to separate. We enjoyed a great experience from our time in the villa and want to thank everyone for supporting our relationship.

“There is no easy way to get through a break up and no bad feeling on either side. We tried to make it work but it wasn’t to be, and I wish Curtis nothing but the best for the future.”

The news was first reported by MailOnline, after a source claimed the breakup would be “tough” on Maura.

An insider said: “It’s going to be a tough time for Maura. She really tried to make things work with Curtis but unfortunately they’ve gone their separate ways.

“Most of her family and close friends are in Ireland, which will make this time even more difficult for her.”

The publication also claimed Maura’s representative had confirmed the news.

Maura and Curtis, 24, hadn’t been pictured together since they hosted the National Television Awards’ backstage interviews on January 28, where they were reported to have had an argument.

The split means Molly-Mae Hague and Tommy Fury are the only couple from last year’s Love Island still together, after winners Amber Gill and Greg O’Shea were one of the first pairs to split outside of the sunny villa.

Earlier this year, Dancing On Ice star Maura spoke about how Curtis wasn’t bothered about the show’s so-called ‘curse’.

Speaking on Loose Women, she said: “[Myself and Alexander Demetriou] spend every single day together, we have to get on.

“I don’t think [Curtis] worries. I’m lucky because Curtis is from the dancing world so he knows you need to have a connection.”

Read more: Dancing On Ice’s Perri Kiely to perform ‘dangerous’ lift that’s never been done by celeb before in final

Talking about their busy schedules, Maura added at the time: “I think the both of us support one and other. We don’t see each other as much as we’d hope.

“We’re busy but because we are in the same industry we understand each other.”