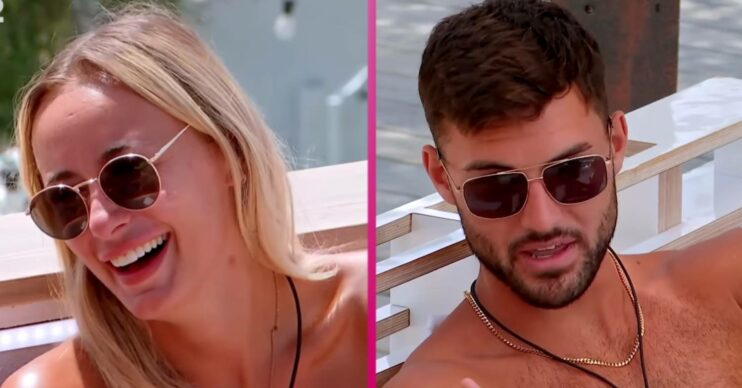 What will happen to Millie and Liam?

Love Island 2021 bosses are reportedly planning to send in a new Islander to further test Millie and Liam’s relationship, according to one source.

Millie initially ended things with Liam after finding out he’d kissed another Islander, Lillie, while in Casa.

Now, the couple are working on building their relationship back up again, but that could all be about to change.

Producers are apparently looking to test their relationship further with the addition of a new male Islander, with the aim of turning Millie’s head.

A source told the Mail Online: “Producers are doing everything they can to maintain the excitement of the last few weeks following Casa Amor.”

“Some of the couples seem settled in their relationships, but with bombshells still coming in, heads could be turned.”

The brand new contestant – who’s apparently due to join the villa tonight – has his eyes on Millie, as well as Kaz Kamwi and Mary Bedford.

Priya entered the villa by going on dates with Teddy and Matthew, leading Faye to act like she was unbothered by Teddy going on a date with someone else.

“She seems like a lovely girl, the kind you could take home to your mum,” she said of Priya later.

Meanwhile, Aaron went on dates with Chloe and Mary.

There are only a couple of weeks left until this year’s Love Island is over. But, with new additions still to come, those last few weeks could be crucial.

Do you think Liam and Millie’s relationship will last? Let us know on our Facebook page @EntertainmentDailyFix.