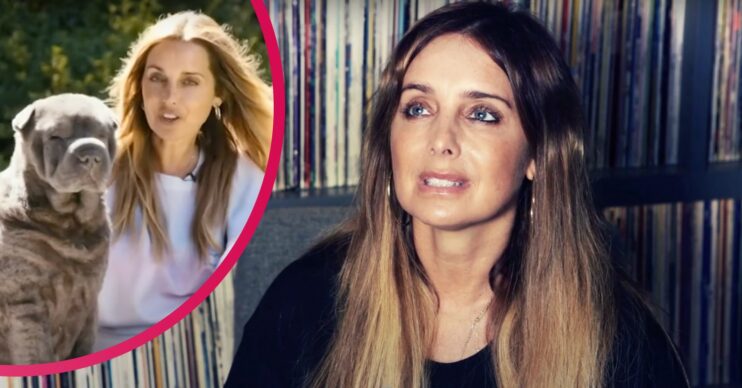 Louise Redknapp has revealed that her dog has died in a heartbreaking Instagram post last night (Monday, February 6).

The 47-year-old singer announced to her 733k followers that her adorable pup, Blu, has passed away.

Louise paid a heartbreaking tribute to her pet, Blu, on social media last night. The singer posted 10 pictures of Blu, a Shar-Pei, as well as a lengthy caption.

The photos Louise uploaded consist of her kissing Blu on the nose, as well as plenty of Blu chilling out and on walks.

“I am absolutely heartbroken that we had to say goodbye to our little girl Blu early this morning,” Louise penned in the caption.

“I am going to miss you so much my darling girl,” she continued. She then went on to list some of the things she’s going to miss about Blu.

Louise said she’s going to miss Blu escaping through her fence, chasing squirrels out of the garden, and their long walks together.

She also said she will miss Blu getting on Louise’s bed instead of her own.

But most of all, she’ll miss Blu’s “kisses and cuddles every day”.

What else did Louise Redknapp write about her dog?

Louise then went on to explain why she was paying tribute to Blu on her Instagram.

“I wanted to share this with you because I know so many of you follow their Insta page and loved seeing what Blu and Rudi were up to and loved them as much as we did,” she wrote.

“We’ll miss you so much, sleep tight our gorgeous Bluebells.

“Love you forever Mummy, Chaz and Beau Beaus,” she wrote.

Chaz and Beau Beau are of course nicknames for her kids, Charley and Beau.

Louise has two other Shar-Pei’s at home – Rudi and Sapphire.

How did Louise’s fans react?

Hundreds of Louise’s followers took to the comment section to pass on their condolences to the star.

Plenty of fans headed to the comments too.

“Fly high my darling. Our fur babies are our family rip,” one wrote.

“I remember when you first got them, so sorry big hugs,” another said.