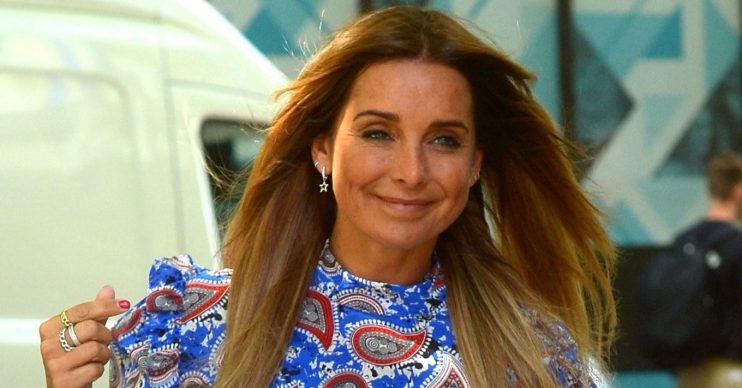 Louise Redknapp reveals teenage sons beg her to cover up

She has two boys - Charles and Beau

Pop star Louise Redknapp has revealed her sons have been begging her to cover up.

The 45-year-old solo singer and former Eternal star has admitted that her kids – Charles, 15, and Beau, 11 – are not impressed with the sexy outfits she has been wearing during the promotion of her comeback LP Heavy Love.

Back to work, had the best summer with the loves of my life❤️ @9to5themusicaluk Violet Newstead I’m back 👊🏼

But she is ignoring their pleas for her to tone down her racy looks.

She told Classic Pop: “When I look at other women doing similar things I don’t judge them. Beyonce is a mum of three. I’d never dream of going: ‘Look at her, swinging her booty around!’ I’m just not prepared to be put in a box. I’ve been in that box for 15 years.

I’m gonna take every risk and opportunity I can on this album.

“I’m gonna take every risk and opportunity I can on this album, and the next one, and even more so on the one after that. I’m sick and tired of being the safe player.

Louise split from retired football star Jamie Redknapp in 2017 after almost 20 years of marriage and admitted that the split helped her with her new music.

She added that she thinks the “positive thing that’s come out of being slightly broken” is that she has made a “really good album”.

Louise said she thinks “when you’re in that state of mind you get to a stage where you feel like you have nothing to lose”.

Louise previously spoke about her relationship heartache as she celebrated her solo comeback at an intimate gig for fans and her celebrity friends in London.

“As it was well-documented I went through some really tough, tough years.

“My mum always encouraged me to write down my feelings. This song got me through a really tough time so mum, I want to say thank you.”