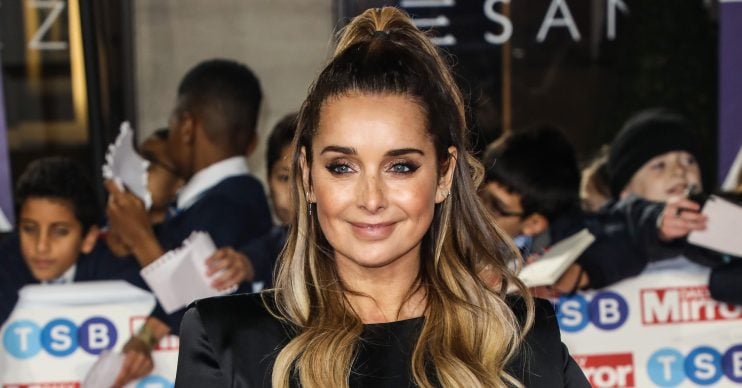 It was her 'toughest year'

Former Eternal singer Louise Redknapp has opened up about the ‘heartbreak’ of her ‘toughest year’ in a New Year message to fans.

Louise, 45, took to social media to document the last 12 month, a year in which she was coming to terms with splitting from her long-term husband, ex-footballer and TV pundit Jamie Redknapp, in 2017 after 19 years of marriage.

Showing a montage of highlights from the year, Louise opened up to her 135,900 followers.

“I don’t often open up on social media, but tonight seems like a good time to,” she began.

Emotionally [this year] has been my toughest year and I’ve faced challenges I never thought I would.

“Creatively this year has been my best yet writing and recording my new album Heavy Love and performing in the West End, but emotionally it has been my toughest year and I’ve faced challenges I never thought I would.”

“Heartbreak is a killer so I want to thank my boys, my family, my friends and all of you who have been kind over the last 12 months. So let’s take on 2020 like we mean it!”

Hope you have all had an amazing day, now time for a film… Merry Christmas x ❤️

It wasn’t long until her followers took to the site to show their support for the mum-of-two.

“Keep strong and step into the new year with that smile we all know and love. 2020 is set to be your year, so grab it by the cojones and embrace it for all it’s worth,” one said.

Another wrote: “You’ve proved just how strong you are and have achieved so much as [you’ve] held your head high and most of all [have] just been true to yourself.

“You sure deserve all the success that has come and is coming to you.

Finally, a fan commented: “I never would have thought you and Jamie would go separate ways but this is life, hey.

“Keep your chin up and keep smiling. Leave the past behind. Keep on dreaming and stay humble. And yes you was one of my posters on my wall growing up.”

Louise later delighted fans by announcing a new single, Hurt, had been released.

SURPRISE!!!!, Happy New Year! •
Let’s start the year as we mean to go on🎶… Hurt is OUT NOW! taken from my new album Heavy Love’

It’s taken from her album, Heavy Love, which is set to be released later this month.