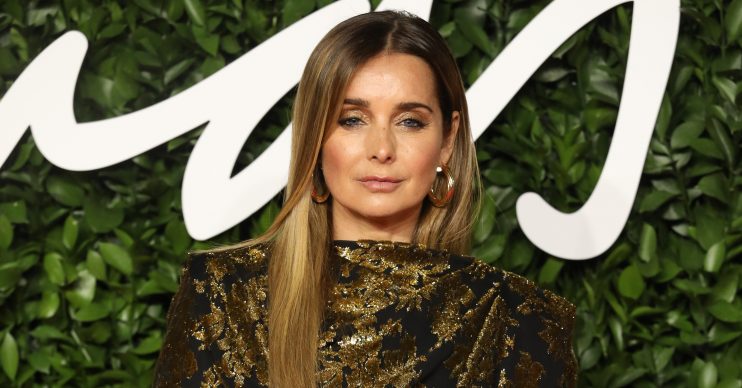 The mum-of-two simply modelled a pair of denim jeans

Louise Redknapp has stripped to nothing but a pair of jeans for a sexy new snap.

The 45-year-old former Eternal star looked incredible as she bared it all in her latest “jeans edit” post.

The shot showed Louise posing in denim while a black and white sign was appropriately placed over her chest.

The promotional shot was for her Lou Loves By Louise fashion and lifestyle blog.

She teased her 714k Instagram followers with the upcoming post, which is set to go live tonight (August 25).

And while fans may go crazy for the sexy photo, Louise’s ex Jamie Redknapp certainly won’t be too fussed.

The snap comes days after the former footballer reportedly unfollowed Louise on social media amid news of her upcoming book.

At the time of writing, the singer still follows her ex husband, with whom she shares sons Charles, 16 and Beau, 11.

Louise Redknapp gets a book deal

Louise’s upcoming autobiography is expected to include details about her break-up with Jamie and how she copes with being in the spotlight.

Sharing the news with fans on Instagram, she wrote: “So I’ve been busy working on my new book!… ‘You Got This’ is out in March 2021 and available to pre-order now on Amazon!

“I wanted to write a book that was empowering and uplifting – a little bit of a love letter to anyone who has ever wondered if they’re getting it right in life… you got this x.”

The mum-of-two, who split from Jamie in 2017, previously likened her divorce to a “grieving process”.

I’m a real softie, and I still want to be his best friend, which is impossible.

She told The Sun: “It’s been really tough. I’m a real softie, and I still want to be his best friend, which is impossible.

“It was like watching someone else’s life unfold – it was almost like I wasn’t really present when it happened. And I think anybody who’s been through a divorce knows that it kind of comes and goes, like a grieving process.”

Read more: Katie Price gushes over son Harvey as he waits on her as she recovers from foot surgery

Since then, Louise is thrown herself back into music.

The star was previously forced to cancel the remainder of her Heavy Love tour due to the coronavirus pandemic in March.

Posing alongside her band on the final night of the tour, Louise wrote: “Thank you to this incredibly talented group of people.

“I can’t wait to get back on stage with you all!”