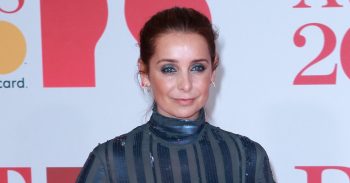 Louise Redknapp bounces back from injuries sustained in horror fall

She'll be back on stage later this month

Louise Redknapp is set to reprise her role in the Dolly Parton musical 9 to 5 after injuring herself in a horror fall earlier this year.

The singer, 44, had to pull out of the stage show in January following an accident that left her needing 10 stitches in her chin and treatment for a fractured wrist.

She was due to star in the production alongside Love Island’s Amber Davies but ended up having to miss the first shows.

But now, the Naked singer will finally be making her debut in the musical at Savoy Theatre.

The show’s Twitter account announced today: “We can officially reveal that @LouiseRedknapp will re-join the show from Monday 25th March!”

She is due to play the role of Violet, a sassy office supervisor, until June 29th.

So it’s now official. I am going to be rejoining the west end cast of @9to5MusicalUK on Monday 25th March until 29th June. Hope to see you there 😆💛⏰

Another said: “Fantastic news! Hope to see you and the rest of the cast on stage soon,” while a third added: “Brilliant news Louise.”

When the star had a nasty fall during rehearsals in January, she broke the news to fans in an emotional post on Instagram.

She wrote at the time: “It breaks my heart to say I am having to take some time out and won’t be able to continue with my role in 9-5.

“Due to a nasty fall I have only gone and fractured my wrist and got 10 (yes 10) stitches in my chin.”

She added that doctors said she would be okay, but the “show must go on” without her.

Co-star Amber was among her celeb pals wishing her a speedy recovery, joking on Twitter shortly after the incident: “Well. I leave you for 2 mins!!”

It wasn’t long after the fall that Louise, determined to keep in shape for her eventual return to the stage, got back into her fitness regimen.

She shared a pic of herself alongside her personal trainer on Instagram, telling followers: “Back with @bradleysimmonds today a very light workout concentrating on core to keep motivated for @9to5themusicaluk.”

It follows a cryptic message she posted in the wake of reports she is growing close to her ex, Jamie, following their split.