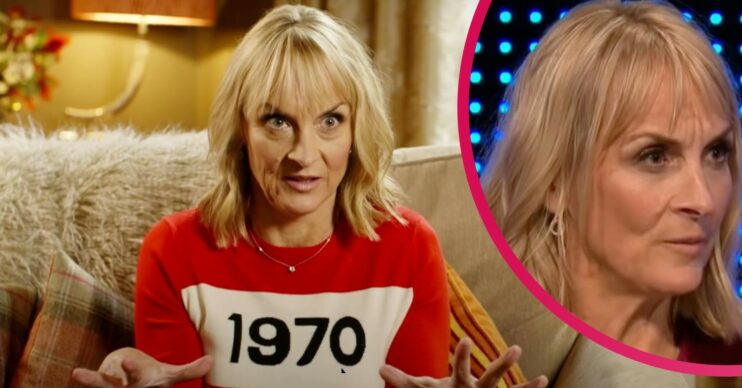 The presenter offered some advice of the back of it

Louise Minchin has revealed that her “biggest regret” is still “absolutely devastating to this day”.

The 53-year-old made the emotional confession during an event celebrating International Women’s Day today (Tuesday, March 8).

During an event organised by The Sun to celebrate International Women’s Day, Louise revealed what her “biggest regret” is.

She confessed that giving up swimming when she was a teenager was her “biggest regret”.

During the panel, Louise revealed that she used to love going swimming when she was younger and was good at it.

“Then one day I looked in the mirror and I thought, ‘Oh gosh, I’ve got really muscly shoulders. I don’t like them and I know it’s swimming,’ so I gave it up,” she said.

Louise then went on to say that her decision to quit swimming is one that is still “absolutely devastating to this day”.

The 53-year-old then told the audience of 100 teenagers she would tell her younger self to stick to the swimming.

Louise then said that 30 years later she has taken up sports again. She said that she now takes part in sports every day.

“My message to all of you, if you do a sport you love, stick to it,” she said.

“It’s an immense physical and mental help to me, it helps me get through really tough times at work and at home, so carry that on if you can. Don’t give up for 30 years.”

Elsewhere in the panel talk, Louise spoke about what she is most proud of in her career – starting a national conversation about menopause.

She said that she was proud of talking about it on Breakfast as it was “breaking down taboos”.

Louise said that it wasn’t really something that was spoken about on television.

She said that she is proud that she did speak about it in front of 6million viewers on television as it enabled other people “to have a conversation” about it.

Since leaving BBC Breakfast, Louise has put her passion for sports to good use, starting a podcast called Push Your Peak.

Her new podcast gives her the opportunity to interview people who have carried out superhuman feats.