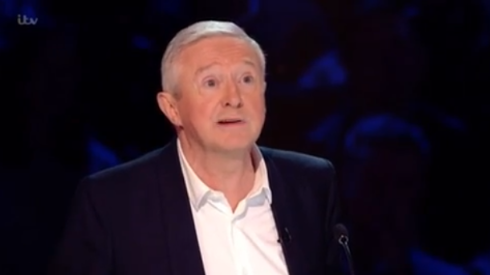 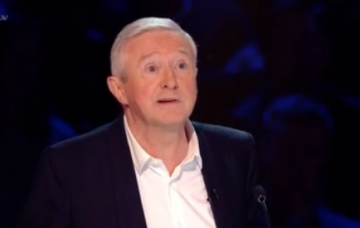 He announced in June he was leaving the show

Louis Walsh has said he’s “happy” about not returning as a judge on this year’s The X Factor because he “got paid” anyway.

The Irish entertainment manager, 66, appeared on all but one of the talent show series since it first aired in 2004 but announced in June that he was moving on to focus on other projects.

He was in still in contract, though, which meant he got paid even though he wasn’t on screen.

After the new series kicked off earlier this month, Louis has also admitted he will miss being on the talent show.

He told Best magazine: “In the end I’m happy, because I got paid. But I will miss being on the show.

“I loved that job. I did it for 13 years and never once looked at it as a proper job.”

Louis added: “Simon [Cowell]’s always meddling with the show trying to get it just right. For his sake, all I want now is for this series to work for him.”

The star revealed in June he was “ready to leave” The X Factor after 13 years.

He said in a statement: “I’ve had a fantastic 13 years on The X Factor but the show needs a change and I’m ready to leave.

“I’m looking forward to another series of Ireland’s Got Talent, going back to my day job as a manager, writing my memoirs and seeing the world!”

Earlier in the year, Louis had hit back at rumours he would be axed from the panel.

At that time he told The Sun Simon couldn’t get rid of him or fellow judge Sharon Osbourne to make way for new talent as they had signed three-year contracts.

He said: “My contract is watertight. I’ve checked it out with someone and have told Simon that. He has asked me to come and see him in LA.

“I have spoken to Sharon. She’s said they can only sack us if they pay us.”

He added: “I don’t think they’ve finalised what they’re going to do with the panel.”

Speaking about Louis’ exit from the show, Amelia Brown, the managing director of Thames who produced the show along with Simon’s company Syco, said: “Louis has been a huge part of The X Factor’s success since it launched and remains a good friend of the show.

“His contribution cannot be overstated. We would like to thank him for all he has given to the show over the years and look forward to continuing to work with him in the future.”

Simon has completely changed this year’s panel by having Robbie Williams, his wife Ayda Field and former One Direction star Louis Tomlinson join him to find the next big superstar.

Speaking about the new panel during an X Factor press conference in July, Simon said: “This new panel is all about optimism, everyone has a real passion for finding a new star.

Read more: Robbie Williams on why he really became an X Factor judge

Sharon, 65, is also returning as an “impartial judge” during the live shows.

Are you enjoying this year’s X Factor so far? Leave us a comment on our Facebook page @EntertainmentDailyFix and let us know your experience.